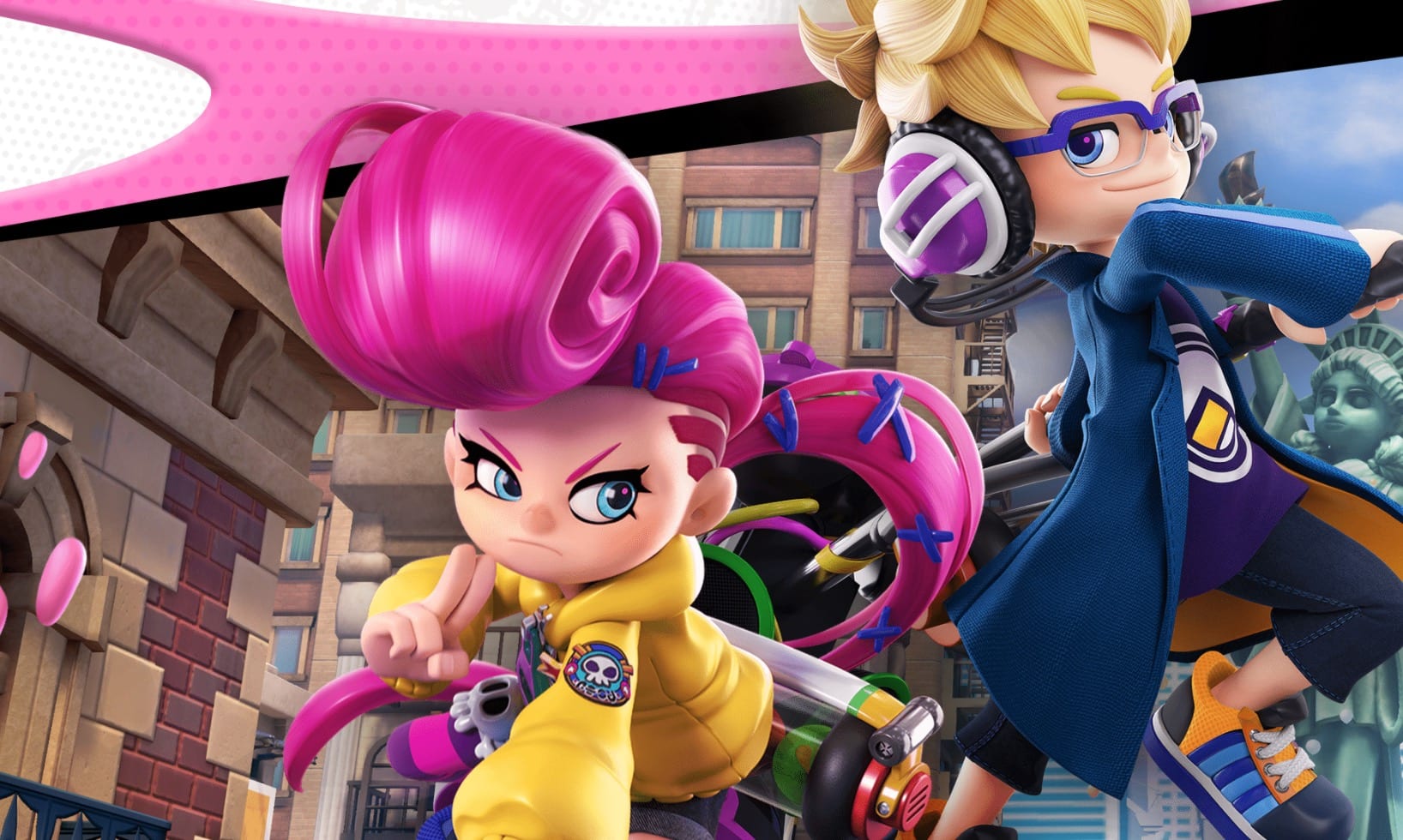 Ninjala, the upcoming online multiplayer title from GungHo, had an open beta test this weekend for the Nintendo Switch for just one day, so naturally, I decided to give it a spin.

Peering in from the outside, Ninjala’s aesthetic is similar to that of Splatoon’s but after jumping into a couple of matches, it’s clear that Ninjala is very distinct from Nintendo’s online ink shooter.

The beta allowed players to jump into an online eight-player “battle royale” mode (not to be confused with the traditional battle royale genre) that pits each player against one another. The full release will have team modes as well with 4v4 battles. The beta had only two stages to play in, but more will be available at launch.

The first stage was a small square-shaped arena while the second stage took place in a bustling metropolis that reminded me of New Donk City from Super Mario Odyssey. There were taxis everywhere, streetlights, and skyscrapers to climb up and the overall vibe of the stage was upbeat.

Ninjala’s characters, weapons, and combat system all ooze with charm. You can choose between a roster of distinct characters and customize them until they match your inner persona and the weapons available all play differently from one another and can easily be swapped out if you want after matches if you want to mix things up.

The entire goal of the battle royale mode is to rack up points by smacking your opponents with your weapon while also picking up coins that are scattered across the stage which will help you get bonus rewards at the end of the match.

One weapon, such as the hammer, is heavier than the others and is slow to attack, but once you get the jump on an opponent, the damage dealt from the hammer is much greater and is satisfying to use. And then you have the bat-like weapon that is easy to handle and attacks quickly but the damage output is lower, making it easy for others to counter-attack you.

Ninjala kills are quite amusing as attacks can fling the opponent towards a wall or the ground and you get to witness this incredible “death” animation that has the player twitching like a swatted fly on the wall –it’s the best.

I had a lot of fun running around the battlefield and experimenting with the different special abilities and weapons, and although the beta was limited in terms of weapons and customization, I have high hopes for the full release of Ninjala on June 24.

One of the only gripes that came to mind when playing was that the tutorial didn’t explain some of the gameplay mechanics very well, but once I started playing more matches, everything just came to me naturally.

As an accessible, free-to-play title on the Switch, I could totally envision Ninjala being a big hit this summer, especially if GungHo continues to support the title with updates and new content in the future.