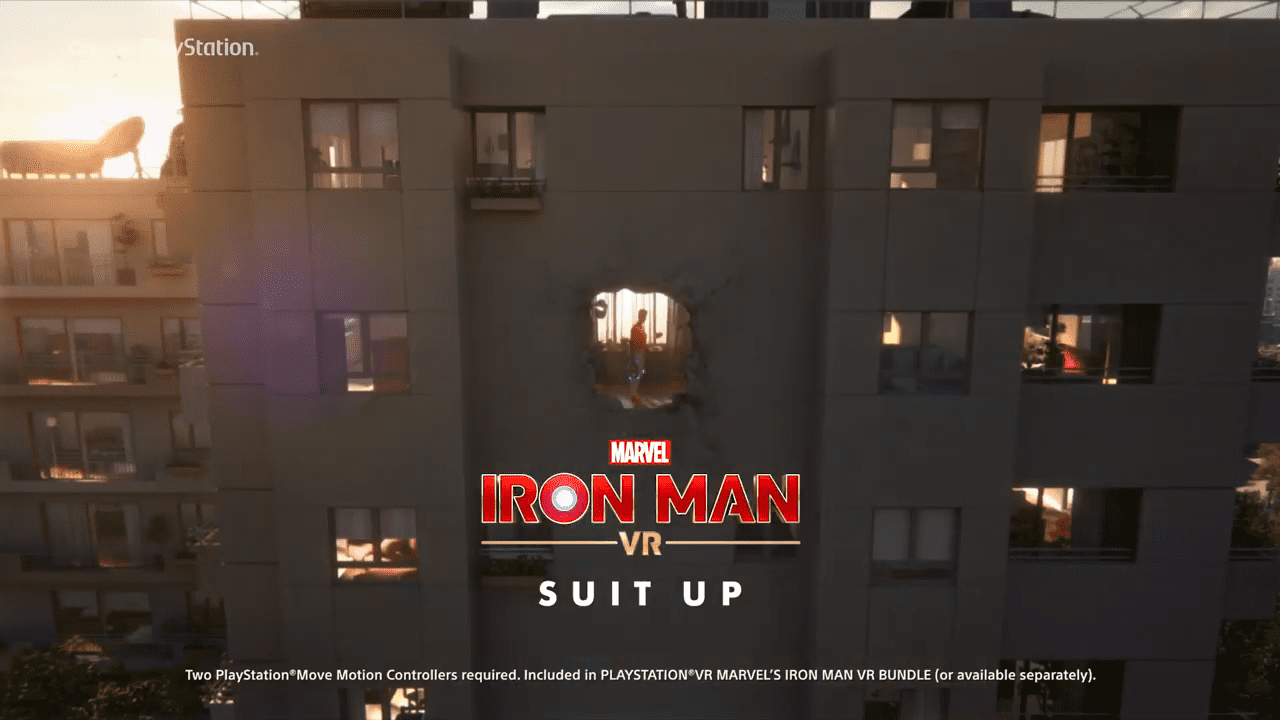 Sony’s upcoming PSVR exclusive Iron Man VR has a new trailer today, and the message is clear: the experience is so immersive you’ll definitely want to clear your play area before suiting up! Particularly so, if you plan on purchasing the optional chest laser peripheral.

I’m kidding, of course, but I can definitely see myself getting carried away playing Iron Man VR, flailing around the room smashing things with my PS Move controllers.

I’ll be clearing my living room and giving my partner fair warning that the Avengers are assembling, that’s for sure. Remember, guys: game responsibly. That’s what superheroes do.

In all seriousness, the hype is definitely real for developer Camouflaj’s take on Tony Stark’s playboy, billionaire, philanthropist lifestyle, which launches next month, July 3.

For those not up to speed, Iron Man VR sees players take control of Tony Stark, the popular Marvel superhero. They’ll be able to fly around New York City shooting down bad guys and role-playing the popular character in all his glory.

The game is available exclusively on PS4 and requires a PSVR headset and two PS Move motion controllers.