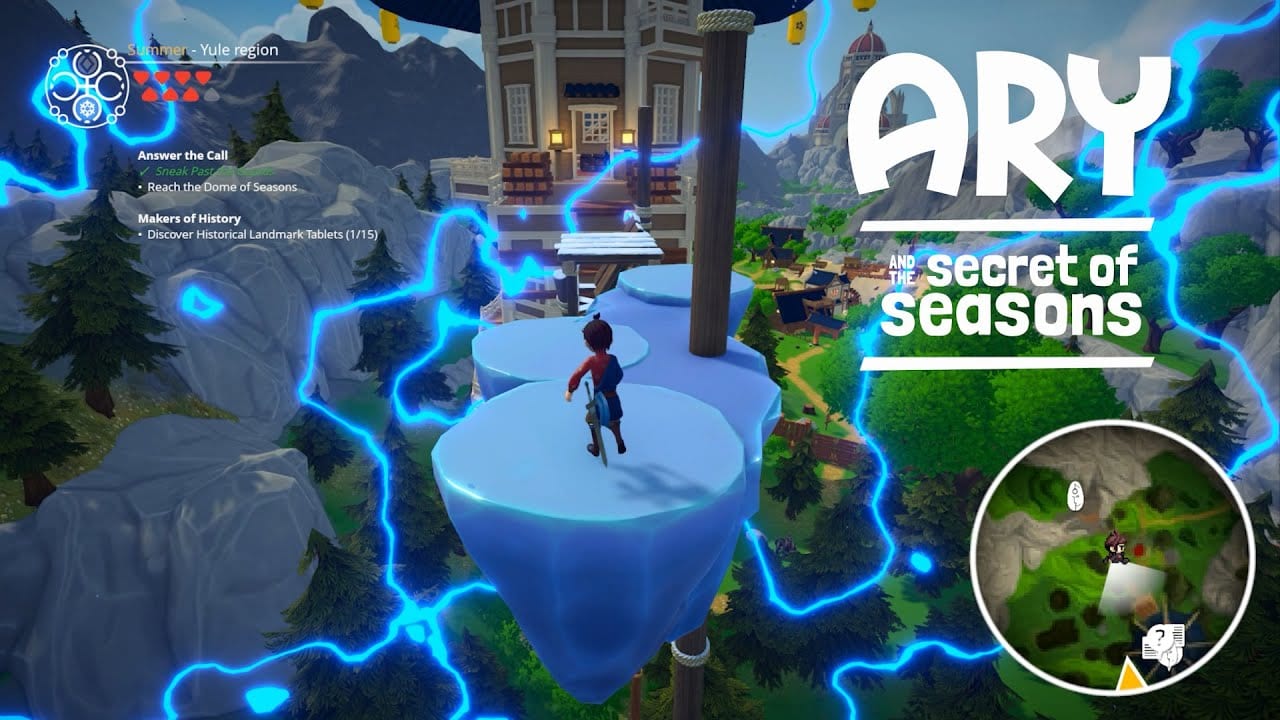 Upcoming action-adventure game Ary and the Secret of the Seasons has a new trailer today that gives us a detailed look at its gameplay. Supporting developer commentary from eXiin studio also offers an overview of what players can expect from the game before it launches later this summer.

For those not up to speed, Ary and the Secret of the Seasons follows the titular protagonist as she begins her unexpected duty serving as Guardian of Winter. Equipped with the power to change the seasons, she embarks on a quest to find her brother Flynn and become a Winter Guardian.

As you’ll see, there are some distinctly Zelda vibes to proceedings, with a cel-shaded art-style, puzzle-platforming gameplay, and similar combat system.

Ary’s big trump card is that she’s able to manipulate areas of the map by changing the season. For example, she can, say, transform a summary field into an icey tundra to create wedges of ice to platform across to a new previously unreachable area.

From the looks of today’s new trailers, it appears as though players will be able to get pretty creative using Ary’s bag of magical tricks to traverse.

For more on Ary and the Secret of the Seasons, you can check out its release date announcement trailer here. The game is set for a July 28 release date on PS4, Xbox One, and Nintendo Switch. It’s also coming to PC via Steam later.