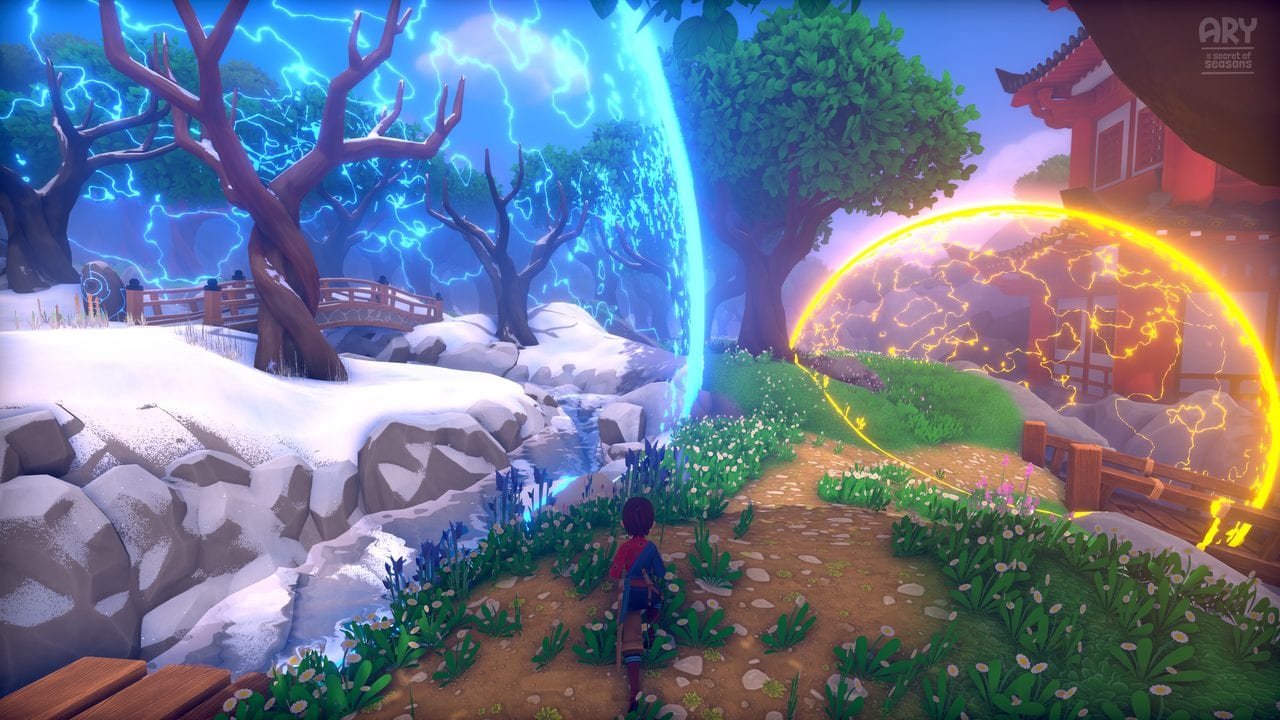 Ary and the Secret of the Seasons, a charming action game about a young girl’s courageous journey and power over the seasons, has a new gameplay trailer today. It not only showcases the game’s Zelda-like combat and puzzle-platforming action but also reveals a July 28 release date for PS4, Xbox One, and Nintendo Switch.

In Ary and the Secret of Seasons, players take on the role of the titular protagonist as she begins her unexpected duty serving as Guardian of Winter. With her newfound powers, she’s able to change the seasons, helping in her quest to find her brother Flynn and become a Winter Guardian.

The game is being developed by Belgian studio eXiin, a fast-growing indie game company based in Brussels. It’s to be published by Modus Games.

In today’s trailer, you’ll see protagonist Ary exploring lush stretches of grassy wilderness and a grand, mysterious temple, demonstrating her ability to conjure seasonal biomes to alter her surroundings. She’s able to create new platforms leading to new areas and frigid solutions to puzzles obscuring her way. Check it out below.

You can learn more about Ary and the Secret of the Seasons over on the game’s official website.

Comments
Continue Reading
Related Topics:Ary and The Secret of The Seasons, news