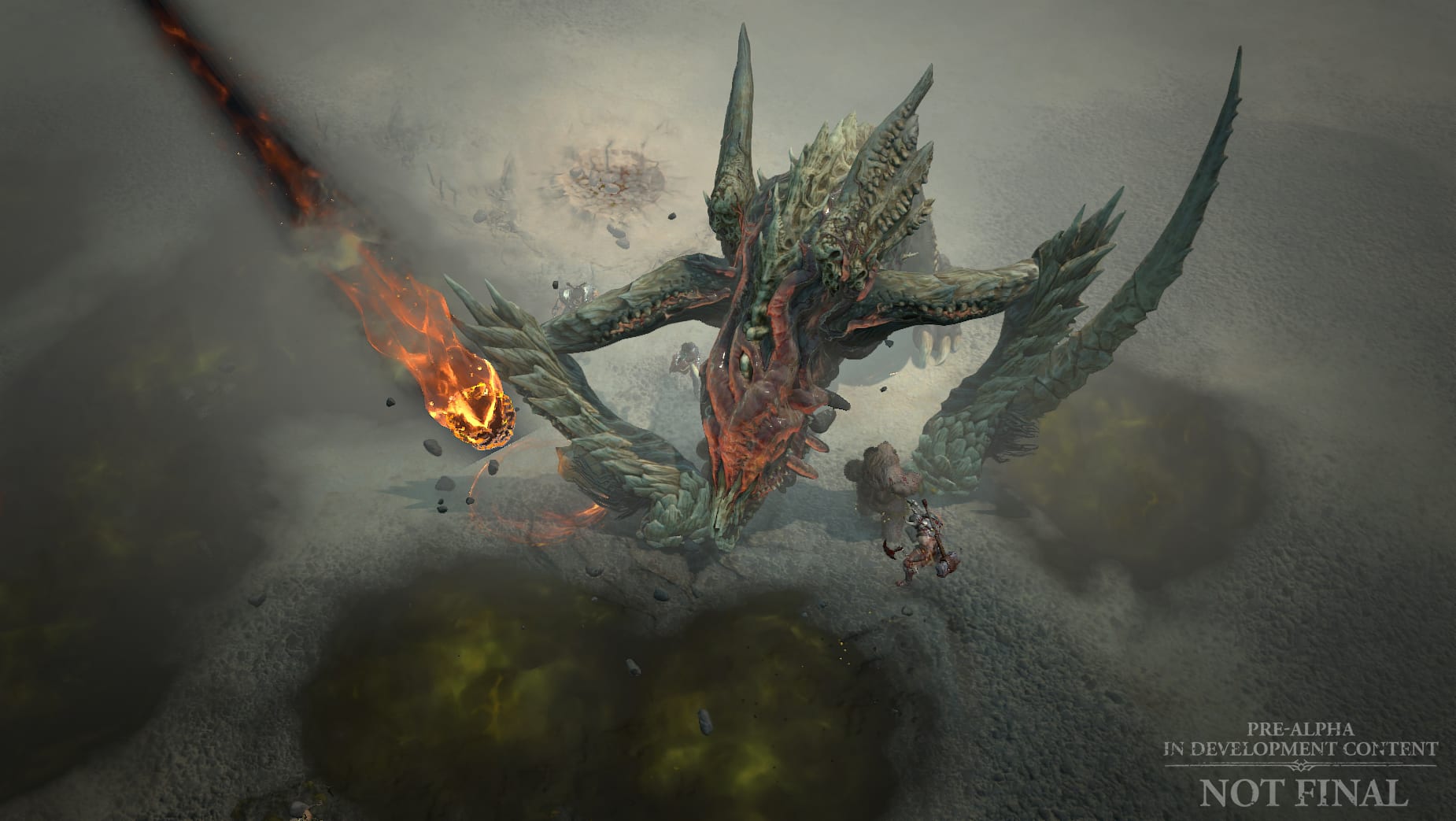 This afternoon, Blizzard dropped a healthy amount of new Diablo 4 information for fans to read up on. The usually secretive company admitted that normally they would be a bit hesitant to share such information on a game that’s not even in Alpha or Beta yet, but the lack of a Blizzcon this year motivated them to a bit more liberal about sharing their progress.

The post is quite large, and I recommend that hardcore players definitely check out the whole thing at some point, but if you want a TLDR, we’ll happily go over the highlights below.

The team recently completed a playtest of Diablo 4. While they play the game all the time, in this playtest they had the team play everything they had, and they all reported back with different perspectives on how their playtest went, with an eye towards how the game feels during longer play sessions.

Diablo 4 will have a different look than Diablo 3 when it comes to character dialog. Rather than it taking place from an isometric perspective within dialog boxes, the camera will zoom in a little to pull players in a bit more, so they can see and appreciate the character animations and interactions.

The game will still have the full cutscenes that were very popular in Diablo 3, but in Diablo 4 they will be “real-time cutscenes” and will feature your character with their equipped armor. These “RTCs” are designed to seamlessly fit in with the rest of the game.

Blizzard shared some new details about the Diablo 4’s new open world features, as well as how the team is coming along in regards to designing the multiplayer.

Today they focused on discussing a new feature for Diablo 4 called Camps. Camps are areas that are overrun by enemies but can be converted into a friendly outpost and also a waypoint location if they are cleared out.

They will each have their own story/connection to Sanctuary, but not all of them are directly tied to the plot and there will be Camps that you can discover on your own just by exploring.

Mounts are also going to be a thing in Diablo 4. Mounts will allow you to zip around Sanctuary without having to stop and fight everything along the way. You’ll be able to customize your mount as well. Blizzard gave the example of attaching a trophy they had received from a nearby challenge to their mount.

As far as multiplayer goes, Blizzard made it clear right away that they don’t want to steer Diablo 4 too far into MMO territory. Saying:

Fine tuning the right approach to multiplayer in Diablo IV has been challenging. Our goal has always been to incorporate elements from shared world games without the game ever feeling like it’s veering into massively multiplayer territory. To be clear, this is a philosophy rather than a tech limitation. We find that the game stops feeling like Diablo and the world feels less dangerous when you see other players too often or in too high numbers.

I can attest as a Final Fantasy XIV player, a lot of their open world events are trivialized by a mass of people just steamrolling over them a lot of the time, so it’s definitely a valid concern.

Along that line of thinking then, they let players know that they are working on striking a balance between incorporating open world ideas, without having it no longer feel like Diablo.

Dungeons and key story moments will always be private as only you and your party will be allowed. Blizzard gave some examples of when you may run into players not in your party, though.

When social hubs open up over the course of the game there will be other players not in your party there. While exploring the open areas, you may occasionally bump into a stranger along the way. And of course the open world events will be a place where strangers all over are designed to gather together and to fight something tough.

At no point ever are you forced to join a party.

Along with the above information, Blizzard also released a bunch of new screenshots that you can check out below and other smaller tidbits about their current thinkings on Items & Progression and how they are feeling about how the Barbarian and Druid classes are coming along (spoiler: they feel good).

Once again to read the full post in its entrieity, check it out here via Blizzard.