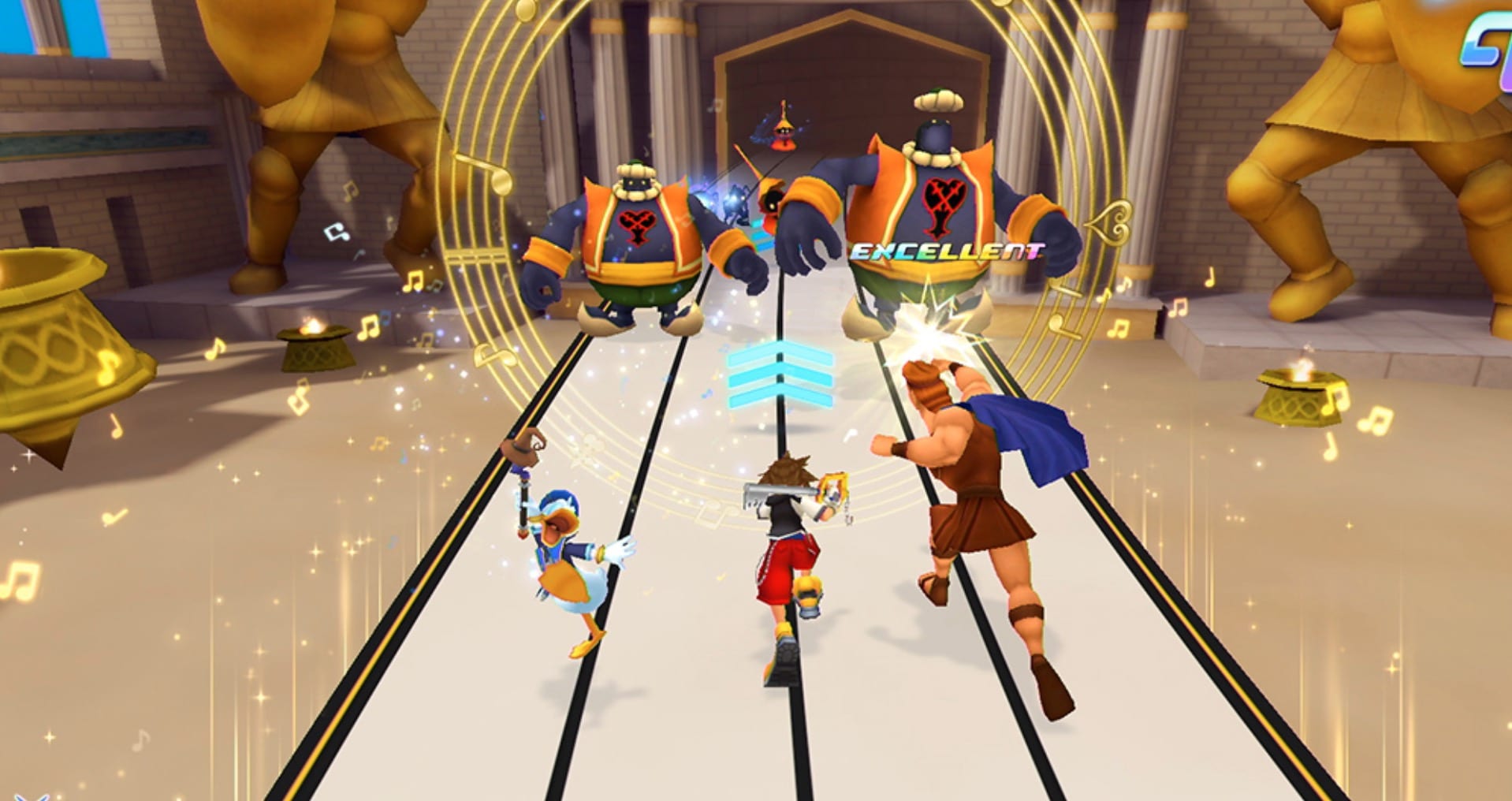 Square Enix has announced that a new entry in the Kingdom Hearts franchise will be heading to PS4, Xbox One, and Nintendo Switch in 2020.

Kingdom Hearts: Melody of Memory is a rhythm-action title that will feature over 140 songs from the long-running JRPG series, which even includes some Disney songs.

The game’s stages will take players through key moments from throughout the Kingdom Hearts series, such as the final boss fight with Xenmnas in Kindom Hearts 2 and a very emotional scene with Axel, Xion, and Roxas sitting atop the clocktower in Twilight Town.

You can enjoy the reveal trailer down below:

Square Enix also released a new video that details all of the Kingdom Hearts-related content that will be releasing this year, such as the upcoming mobile title, Dark Road, and the newly announced, Melody of Memory.

You can also check out some screenshots of Melody of Memory down below:

For more on Kingdom Hearts, you can check out the first gameplay trailer and release date for Dark Road, an upcoming mobile spin-off game.