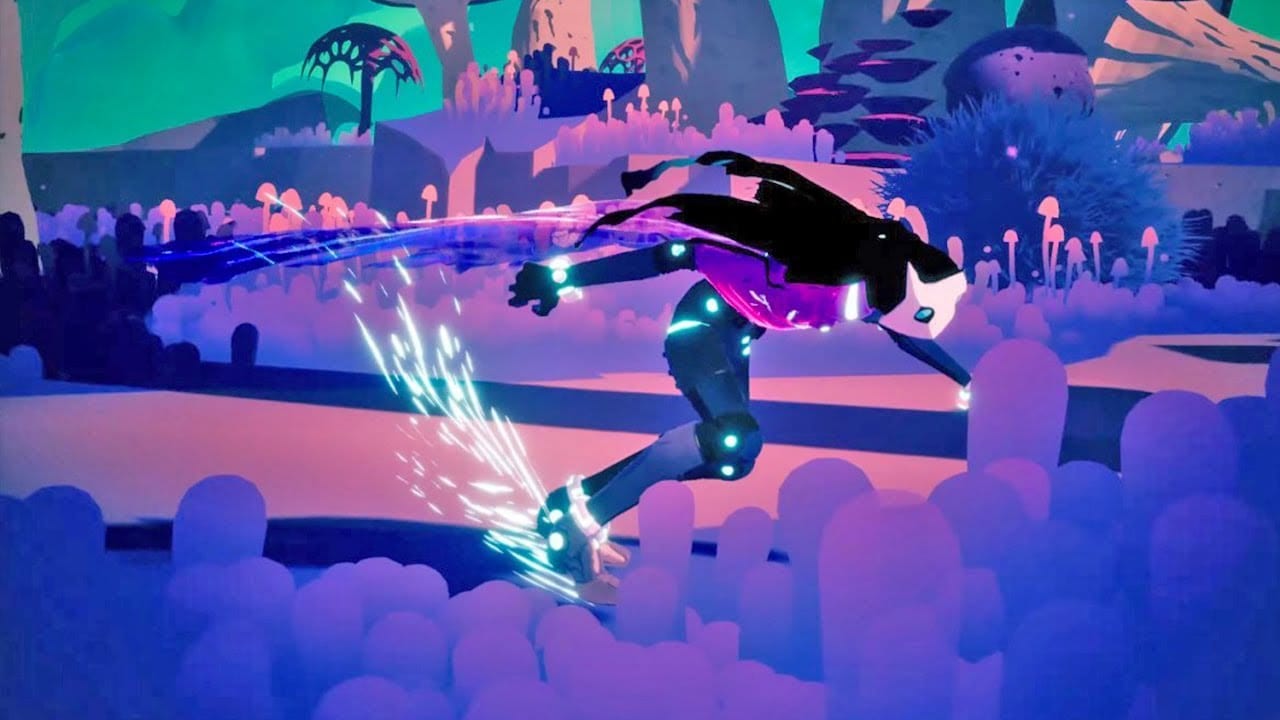 The next game from Heart Machine, the developer behind the acclaimed action-RPG Hyper Light Drifter, has revealed its new project during the PlayStation 5 future of gaming event. The game is set to come to both PS5 and PC via the Epic Game Store.

Solar Ash is only Heart Machine’s second game, but it’s clear the developer has a penchant for designing games with gorgeous graphical aesthetics. Today’s trailer shows a plethora of environments from cloudy areas to grassy fields, all in a wonderfully charming and vibrant art style.

Twinfinite reviewed Hyper Light Drifter back in 2016 and absolutely loved it, scoring the game 4.5/5 and concluding that “underneath its obscurity and open-ended-ness is some of the most fast-paced and challenging action to come out this year.”

In other news related to today’s PS5 reveal event, Horizon Zero Dawn’s sequel was confirmed as in development. It’s called Forgotten West, and it takes Aloy on another epic adventure across post-apocalyptic America.