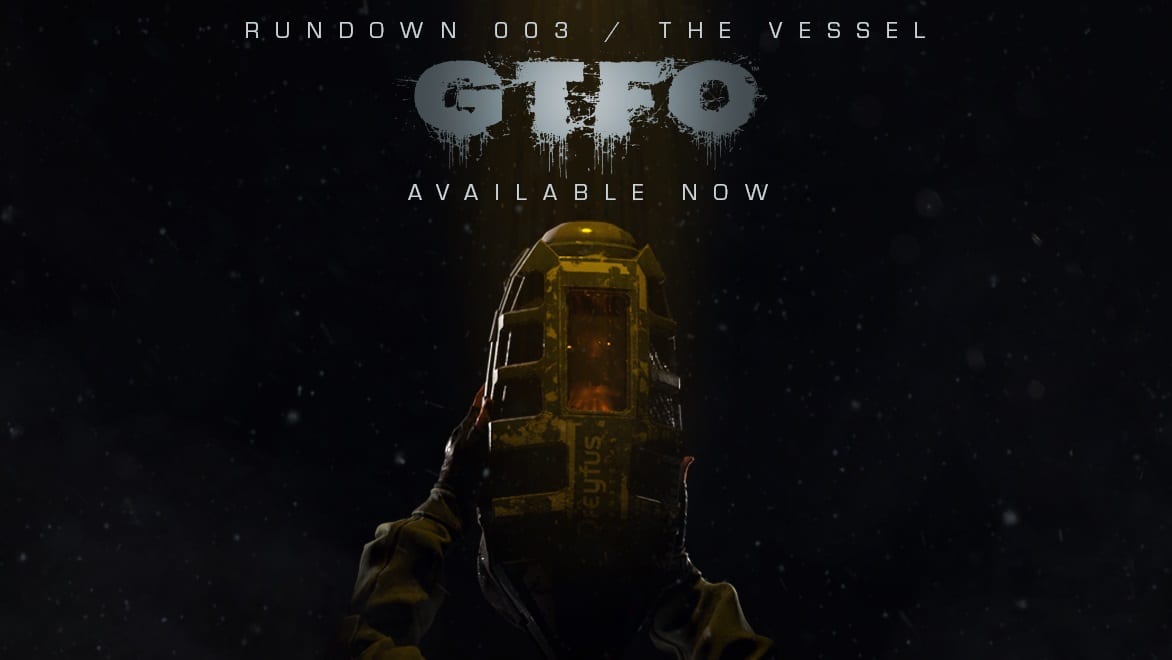 Developer 10 Chambers Collective has this week revealed The Vessel for the first time, the latest Rundown event coming to its four-player cooperative survival horror game, GTFO.

Two new trailers showcase typically punishing, edge-of-the-seat action as players attempt to find their way through an all-new section of The Complex. Lurking inside is a new type of enemy that shrieks in horrifying fashion –a noise recorded by one of the developer’s family members, we’re told!

Luckily, there are powerful new weapons to fend them off, adding to an already dynamic arsenal that includes shotguns, assault rifles, sniper rifles, as well as more creative assets like the goo gun and sentry turrets.

But Rundown 003 adds more than just raw gameplay features. There’s also new story content, something that the community has been chomping at the bit for every since plunging into the depths of The Complex for the first time toward the end of last year.

“The Complex contains clues as to what happened there, and the new Rundown will allow you to sleuth out more of these and start uncovering the mysteries of the GTFO universe. To help with fleshing out GTFO’s story, we have brought on Adam Gascoine, who has previously worked on DOOM, DOOM Eternal, and The Last of Us.”

10 Chambers has also reiterated that GTFO’s full release is still on track for a release at the beginning of next year. Studio co-founder Ulf Andersson explained the benefits of The Rundown feature in honing the overall gameplay experience, as well the boon of using Unity as a game engine:

“The Rundown is a perfect tool to experiment with different concepts and ideas for what will go into Version 1.0. It’s a huge help that the game is built on the Unity game engine, as it’s such a great environment to make prototypes and try out crazy ideas. I would say the tools offered by the Unity engine are fundamental for such a small development team to pull off the Rundown concept.”

You can check two trailers showcasing Rundown 003, The Vessel, below.

For those looking to jump into GTFO for the first time, the game is currently on sale with a 20% discount over on Steam.