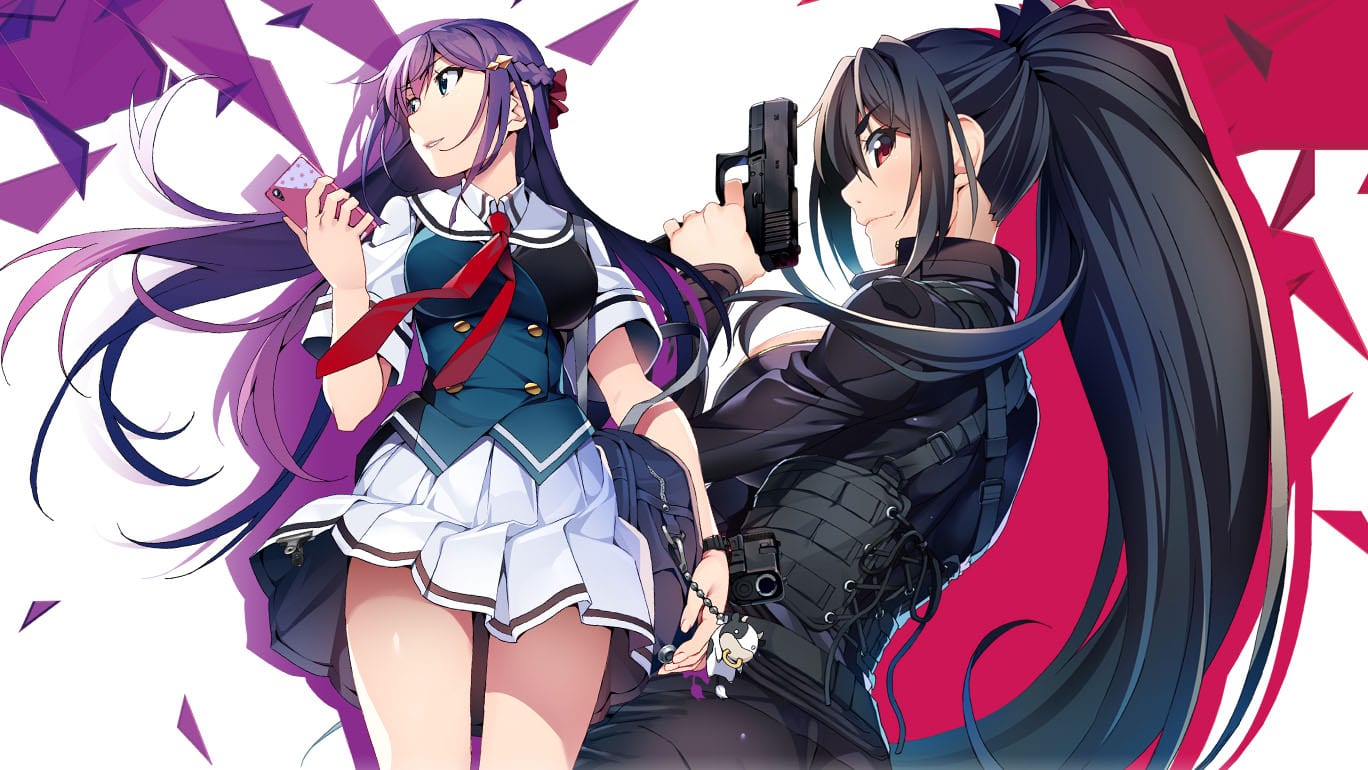 They two episodes will launch on the Nintendo eShop on June 25 including subtitles in Japanese, English, and Simplified Chinese. Of course, voice-overs will be in Japanese only.

The price is a very affordable 2,000 yen, which translates into approximately $19.

Together with the announcement we also get a trailer featuring the opening animation, which you can see below.

The series is already available on Steam, and you can read an official description below.

“Grisaia: Phantom Trigger is a visual novel series set in the world of the acclaimed Grisaia franchise, featuring a totally new storyline and cast of characters, and brought to you by returning character artist Akio Watanabe and writer Ryuta Fujisaki.

Story:
This new incarnation of Mihama Academy is home to a diverse group of students, who every day work to polish their unusual skills – sometimes on the job. There’s a gunslinger called Rena (nickname: “The Rabid Dog”), a sniper named Tohka, a demolitions expert called Chris, a spy named Murasaki, and finally, Haruto, their handler. Together they make up an agency called SORD (Social Ops, Research & Development). The specialist training school now entrusts the misfit girls who attend it with guns and live ammunition in the name of national defense.

Paying their own safety no heed, these students are again and again plunged into dangerous extrajudicial missions – all for the good of the realm.

“We’ve been granted a place in the world.

That alone isn’t enough – there wouldn’t be any meaning in living, if that was all we had…

It’s not enough just to get by on the backs of others. I live by my own strength, and I fight to survive.

Because only the survivors among us belong with the living…”

No matter how much life grinds them down, what future awaits these girls, who’ve themselves chosen the path of the gun?