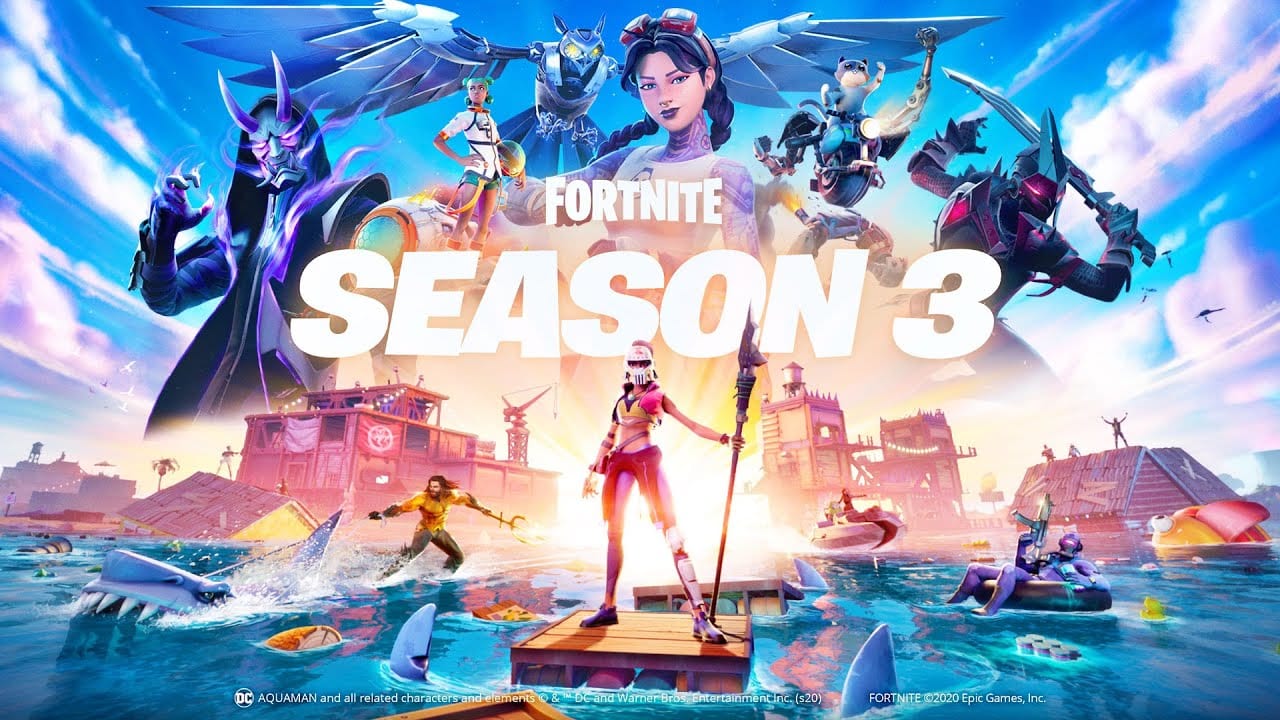 Fortnite’s Chapter 2 Season 3 is upon us, and the highly anticipated update looks to shake things up in a big way. Entitled “Splash Down”, two new trailers from developer Epic Games show off some of the gameplay changes players can expect, and details this season’s new Battle Pass.

Originally slated for the beginning of June, Season 3’s launch was delayed due to the ongoing protests in the US in the wake of the murder of George Floyd.

As is now tradition, these changes were heralded by an in-game event that took place earlier this week, with record numbers of players turning out to witness it for themselves.

Players watched as the Fortnite’s Battle Island was surrounded by a titanic wall of water, and as you might expect after the raging torrent was unleashed, parts of the map are now entirely submerged.

Some familiar locations are now flooded or entirely underwater, chaotic Marauders will drop in and complicate matters, and you can apparently now ride a shark.

The Season 3 trailer contains the usual Fortnite craziness, chock-full of explosions, water-skiing mech-mounted cats, and Jason Momoa as Aquaman himself even makes an appearance. A variety of unlockable skins that players can work towards throughout the season were also showcased.

Players willing to shell out for the Battle Pass can work towards unlocking Jason Momoa himself and play as Aquaman, or as Kit, an adorable cat that pilots a mechanized suit in a Cait Sith-like fashion.

In addition, over the course of Chapter 2 Season 3, players will be able to customize and build their very own umbrella, allowing them to float over the carnage in a truly unique and personalized fashion.

You can watch both trailers for yourself in their entirety below: