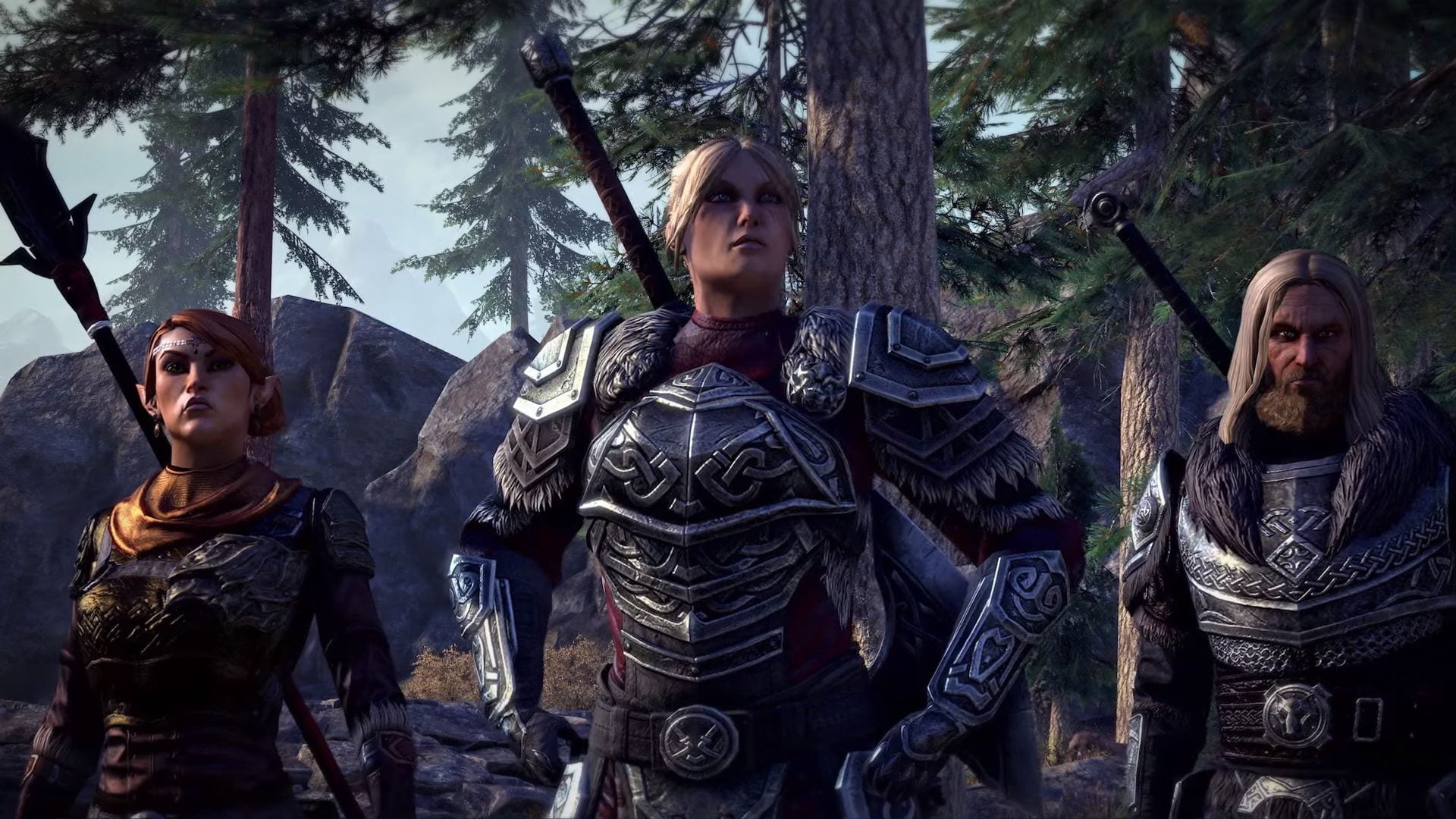 Today Bethesda and Zenimax launched the PC, PS4, and Xbox One version of the next expansion of The Elder Scrolls Online, titled “Greymoor.”

One of the most anticipated elements of the expansion is that it’s basically a return to Skyrim, nine years after the latest mainline chapter of the Elder Scrolls franchise.

It’s also part of the yearly The Dark Heart of Skyrim styoryline, which will continue with a dungeon DLC in the fall and a story DLC in the winter.

The trailer, focuses on that, showcasing the battle against a dark power rising in the northern region of the Elder Scrolls world.

Here’s how Bethesda describes the expansion:

“Explore Western Skyrim, discover long-lost treasure and lore, and unravel an insidious plot at the heart of the Nord homeland in Greymoor, the latest Chapter in the Elder Scrolls Online saga.

The dark tale that began with the Harrowstorm DLC continues as an ancient supernatural threat rises from the starless depths of Blackreach. Gather your allies, adventurer, it’s time to confront the Dark Heart of Skyrim.”

The Elder Scrolls Online is currently available for PS4, Xbox One, and PC.

The Greymoor expansion is available today for PC, PS4, and Xbox One and will release on June 16 on Google Stadia bringing back Skyrim under the spotlight.

If you want to see more, you can check out a trailer featuring the expansion, one about the Antiquity System, one about the Dark Heart of Skyrim annual storyline, and one showcasing the overhaul of vampires tying up with the new story.