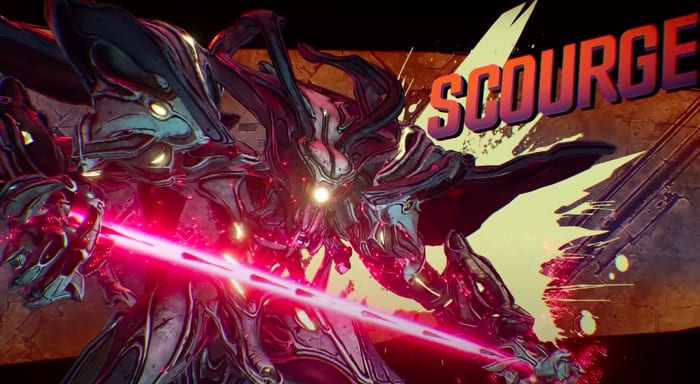 Borderlands 3’s newest Takedown event, Takedown at the Guardian Breach, is now live, and Gearbox Software has revealed some details to flesh out the story behind it and help players dive into the new challenge.

Through a post to the company’s official website, Gearbox revealed that the Guardian Breach Takedown would see players venture to Minos Prime, a distant planet controlled by a rogue sect of Guardians led by the intimidating Scourge.

These Guardians have likewise reshaped the planet, transforming it into a shattered jumble of structures players will need to platform their way through in order to survive.

The environment won’t be players’ biggest worry though. They’ll need to contend with waves of Guardians which boast tactical precision, flight and a mastery of the planet’s altered gravity. Fortunately, these strengths can also become the players’ with some practice and the help of friends brought along for the challenge.

Like with the last event, completing the event will reward Borderlands 3 players with a bevy of different legendary weapons, cosmetic skins for the game’s Vault Hunters and more. However, it won’t be possible to get every reward in one go, making multiple runs a must for those inclined to having every item the event has to offer.

Likewise, the Guardian Breach Takedown is only available to Borderlands 3 players who have cleared the main game and is intended for those at the maximum level. It’s likewise recommended that players take on the challenge with a full party of players, and the difficulty of the event will scale according to the combined level and strength of the party.

The post also included with a brief teaser trailer for the event, which can be viewed down below.

While the event was originally scheduled to launch on June 4, it was postponed in an effort to direct attention toward protests against racial injustice and the killing of George Floyd taking place across the country at the time. More on the initial delay, and the actions Gearbox is taking to support the protests, can be found here.

Borderlands 3 is currently available on PlayStation 4, Xbox One and PC. For more on the game, check out the recently revealed teaser footage for the game’s next DLC pack Bounty of Blood.