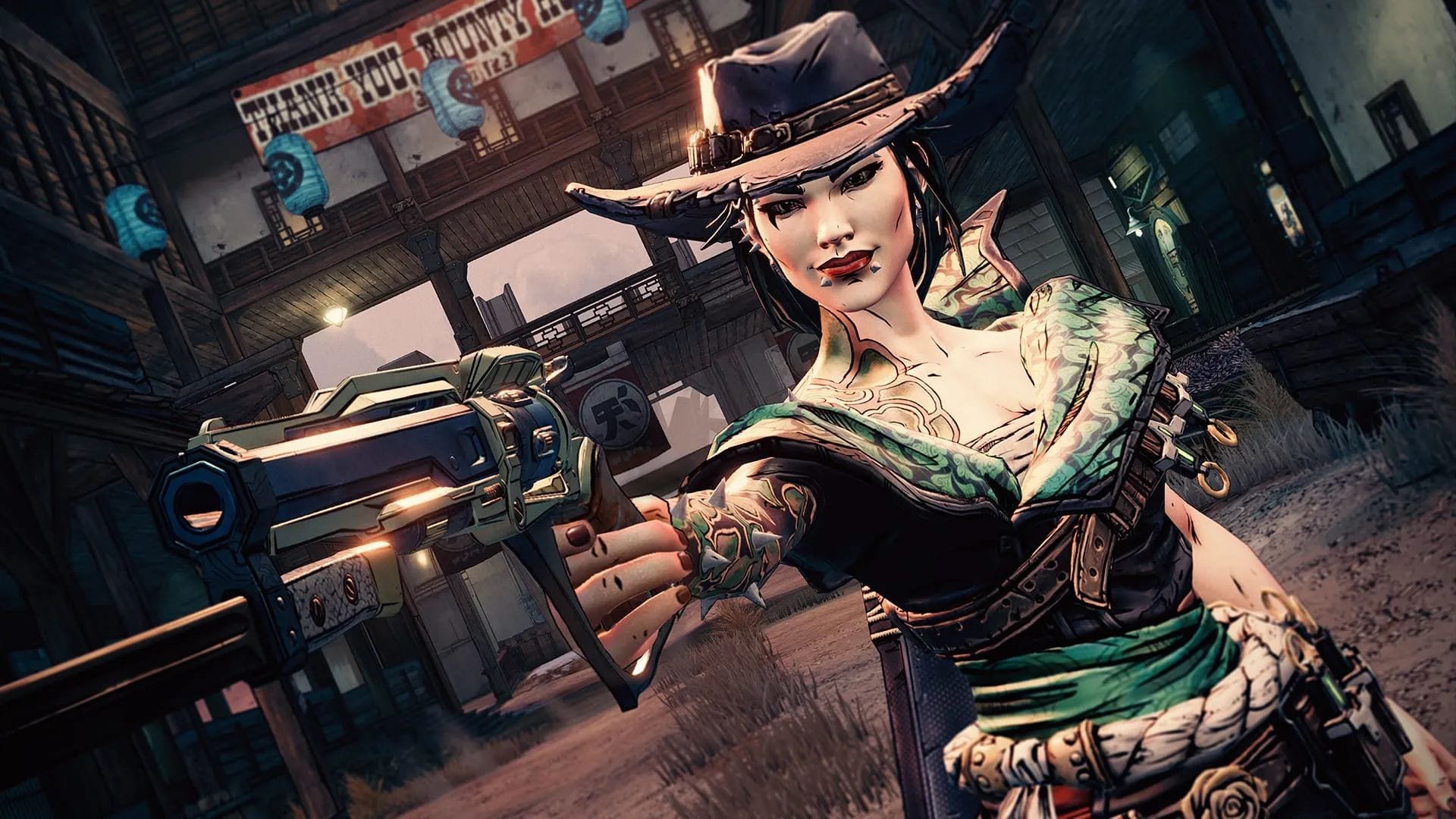 Titled Bounty of Blood, it’s the third campaign add-on for the game and it’ll release on June 25. It’s included in the season pass and in the Super Deluxe Edition of the game.

You can see it in action below.

Here’s how the developer describes the DLC, directly from the press release.

“Bounty of Blood features an all-new setting: the harsh desert planet of Gehenna. Here your Vault Hunter will interact with an entirely new cast of characters as an unseen narrator commentates your adventure. Your mission? To claim a bounty on The Devil Riders, a vicious gang of bandits that’s been terrorizing the small town of Vestige.

Along the way, you’ll run into fresh faces like Rose, a warrior who’s adept with pistol and katana alike, and Juno, a rough-and-tumble brawler with a checkered past. Your actions will have a direct impact on Vestige and its denizens, as you help build the town back up through story missions and Crew Challenges.

Bounty of Blood also features several gameplay additions, like the customizable JetBeast hoverbike that’ll help you traverse the open plains quickly. You’ll also find four brand new interactive objects that will aid you in combat and exploration. The Traitorweed, for example, can temporarily turn enemies into allies when shot, while the Breezebloom will boost your Vault Hunter to great heights so you can reach otherwise-out-of-reach areas. And of course, there’ll be loads of new loot to chase after.”

Borderlands 3 is currently available for PS4, Xbox One, and PC. If you’re unfamiliar with the game, you can read our review.