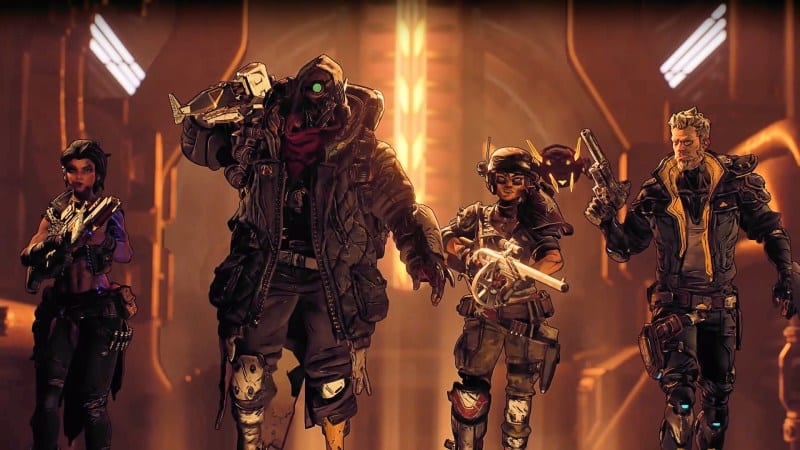 Borderlands 3 on Xbox One

Borderlands 3 is one of the easier games I’ve had to evaluate for Twinfinite in my tenure here. I previewed it multiple times leading up to release and it felt like just more of the same FPS/RPG action that the series popularized last generation.

To some people that might sound like a bad thing; but as a fan of the series and as someone that hasn’t really touched any of my Borderlands save files for pretty much this entire generation of consoles (which is probably the case for lots of other people I imagine), more Borderlands is perfectly fine honestly.

Borderlands 3 is a faithful, and (mostly) polished follow-up to Borderlands 2. It continues to play to its strengths and makes a few noticeable improvements.

However, for better or worse, Gearbox played things extremely safe, and there really isn’t anything in Borderlands 3 that I would consider a “risk.” There’s nothing that blows up in Gearbox’s face, but an equal amount of nothing that elevates Borderlands 3 above being anything more than a new Borderlands game.

Let’s talk about those strengths that it plays to. One half of the heart of Borderlands 3’s gameplay is customizing your favorite vault hunter.

Each of the vault hunters are a blast to play, and have so many diverse and interesting build options. Borderlands 3 leans heavily into its RPG elements when it comes to character building and the results are very impressive.

For my main, Moze the Gunner, I’ve gone with a build that borrows skills from two different trees that 1: enhance the longevity and effectiveness of her mech action skill, Iron Bear and 2: improve my survival/defensive ability. This way I barely have to be outside of the mech, and when the skill is in cooldown, it’s way easier for me to stay alive and ride it out.

The drawback is I’m giving up on a lot of skills that help other members of my group and enhance my own offense. Outside of my mech, I’m running around a bit scared.

Every vault hunter has interesting choices to make like this. And coordinated players can take advantage to make their groups mesh like peanut butter and jelly. It’s very satisfying.

There’s so many stats to consider and build a character from that even fans of some of the deepest RPGs out there will have lots to consider when building their character to take on the toughest activities in Borderlands 3.

So check the RPG box for Borderlands 3. The other crucial half though is, of course, the FPS gameplay, which is also fantastic.

Gearbox has stepped up their game when it comes to offering piles of fun guns to experiment with. Boss enemies explode like a piñata with all types of weapons, and between the different manufacturers each with their own style, the random stat rolls, and epic/legendary perks, every loot drop has the potential to be something cool or better to use.

I never get tired of looting guns because there’s always such a strong possibility that I’m going to get something more powerful, fun, or just straight-up crazy to use.

Some of my personal favorites so far include: a cryo-Sniper Rifle that doubled as an RPG shooting ice rockets. A radiated shotgun that will sprout legs and explode in enemies’ faces when you reload, a Jakobs pistol that can be fan fired for extremely high critical hit damage, and a scoped assault rifle that lobs shrapnel flak.

What I do get tired of looting though is ammo. You constantly need to loot everything if you want to keep your cash and ammo reserves high. While I get excited whenever I find a weapon cache, constantly needing to loot for ammo becomes a chore real fast.

You can upgrade your ammo reserves, but it costs a lot of cash, and even then you’re going to run out fast if you don’t remember to loot.

Solid FPS gameplay: check that box too. For some fans, that’s enough information to stop reading right here and head out and pick the game up. Another aspect though worth mentioning, that has been hit and miss over the years with the Borderlands series, is the campaign.

Borderlands 3’s campaign has a surprising number of twists and turns, and features a lot of familiar faces from the past games. It’s taken a few games now for Gearbox to build up an interesting lore and world, but it all really comes together in Borderlands 3.

In the past, the manufacturers, locations, and characters other than Handsome Jack were all kind of forgettable. Before playing Borderlands 3, I definitely could not recite the differences between the different corporations competing to control the galaxy.

The story of Borderlands 3 props all of these companies and characters up, and intertwines them in the plot more effectively than ever before.

The game’s primary antagonists, the Children of the Vault, and the Calypso Twins, don’t quite reach the level of infamy of Handsome Jack from Borderlands 2, but they are still pretty solid villains.

Because of how well everything else is written this time around, the Calypsos don’t need to do the same kind of heavy lifting that Handsome Jack had to do in Borderlands 2, and the story feels up to par with the best efforts of the series.

The story is a fun, zany ride while it lasts. It’s not excessively long or short which is great, and the side missions are more often than not very funny and very worth your time.

I’m the type of player that if I catch on that the side missions are just glorified fetch quests, I bail on them hard. Fortunately, in Borderlands 3, they are usually an opportunity to get to know a fun character more, or just to inject more of the series’ humor.

The jokes intertwine with the game’s combat and often lead to some hilarious moments such as entering a battle royale with a giant monkey king, getting a stereotypically-obnoxious coffee shop up and running, and helping keep a danger-seeking citizen trying to preform insane stunts from getting himself killed.

The silly, irreverent, and at times immature humor of the previous games are wholly intact here in Borderlands 3. I personally enjoy it, but it’s definitely not going to be everyone’s cup of tea. If you hated it before, you still are going to hate it now.

And that leads us into some of the problems with Borderlands 3. The biggest and most frustrating by far are the game’s technical problems.

I had quests bug out forcing me to restart on a noticeable number of occasions. Enemies would sometimes glitch out and end up stuck in mid air or merged into the environment. Borderlands 3 froze and crashed (on Xbox One X running in performance mode), multiple times as well.

If the game wasn’t so much fun it would be a huge bother. It still was definitely very annoying but I’d grit my teeth and start what I was doing over. Some might find it unacceptable though.

The lack of fast travel points also feels a bit last-gen. Some zones are massive and only contain a small handful of places you can fast travel too.

There are a lot of respawn points, so it’s not like the technology isn’t there in Borderlands 3, but when you want to revisit a planet you’re going to have to do a lot of just sprinting past enemies for a few minutes to get where you want to go.

It’s something that was present in previous games that I thought Gearbox would improve on by now.

There’s also a heavy reliance on grinding for EXP to keep up with the game’s big difficulty spikes. You can push through the average enemy easily enough, but badass-class enemies and bosses will rip through you like butter if you aren’t close to their level.

The main story campaign’s EXP isn’t enough, and you’ll definitely need to go back and do side missions and/or just kill more stuff. As a guy that plays tons of looter-shooters that’s not a huge deal to me, but some might be put off by it.

And finally, just in general, the game just doesn’t do much new or different from Borderlands 2.

You’re going to play through the campaign, then when you beat it, you can do it all over again but harder in True Vault Hunter Mode or via Mayhem Mode.

You can play with Guardian ranks to further specialize your character which is a nice touch, but the only unique way to test your skills in situations other than playing through missions and bosses again is via the new Proving Grounds horde mode. Which is fine, but nothing particularly groundbreaking either.

There’s no end game activity that really forces you to elevate your skill to a new type of challenge. It’s just get better stuff and level up until you can survive harder-hitting enemies and normalize those fights to how they were before. Repetitive feeling encounters and enemy types don’t do Borderlands 3 any favors either.

It’s just pew pew, jump/dodge, pew pew, use a skill, pew, pew until things are dead. That’s more or less how most things go in Borderlands 3.

If Borderlands 3 didn’t have so many fun guns to play with, and character builds to experiment with, it would be a big problem, but fortunately, Gearbox knocked it out of the park with all of that. So as long as you know what you’re getting yourself into in regards to the grind, you shouldn’t be disappointed. Just don’t expect to experience anything you haven’t experienced before.

It’s a shame that Gearbox didn’t experiment with some of the features we’ve seen develop within the genre this generation such as more mechanic-heavy “dungeons” or “raids.” The DLC at least is an opportunity for Gearbox to try out new ideas now that the core experience is out in one piece. Although I wouldn’t hold my breath considering Gearbox seems very content following the blueprint that has worked for past Borderlands games.

Borderlands 3 is the ultimate example of playing it safe and giving their core fans exactly what they want to see. I can certainly understand the desire to not fix what isn’t broken. It’s a valid strategy.

Should You Buy Borderlands 3?

Yes, it’s an excellent looter-shooter that will satisfy all fans of the genre and series. The only people that might get disappointed are those that were still dumping tons of hours into Borderlands 2 recently as it feels very similar to previous games.

Who Develops and Publishes Borderlands 3?

Borderlands 3 is developed by Gearbox Software and published by 2K.