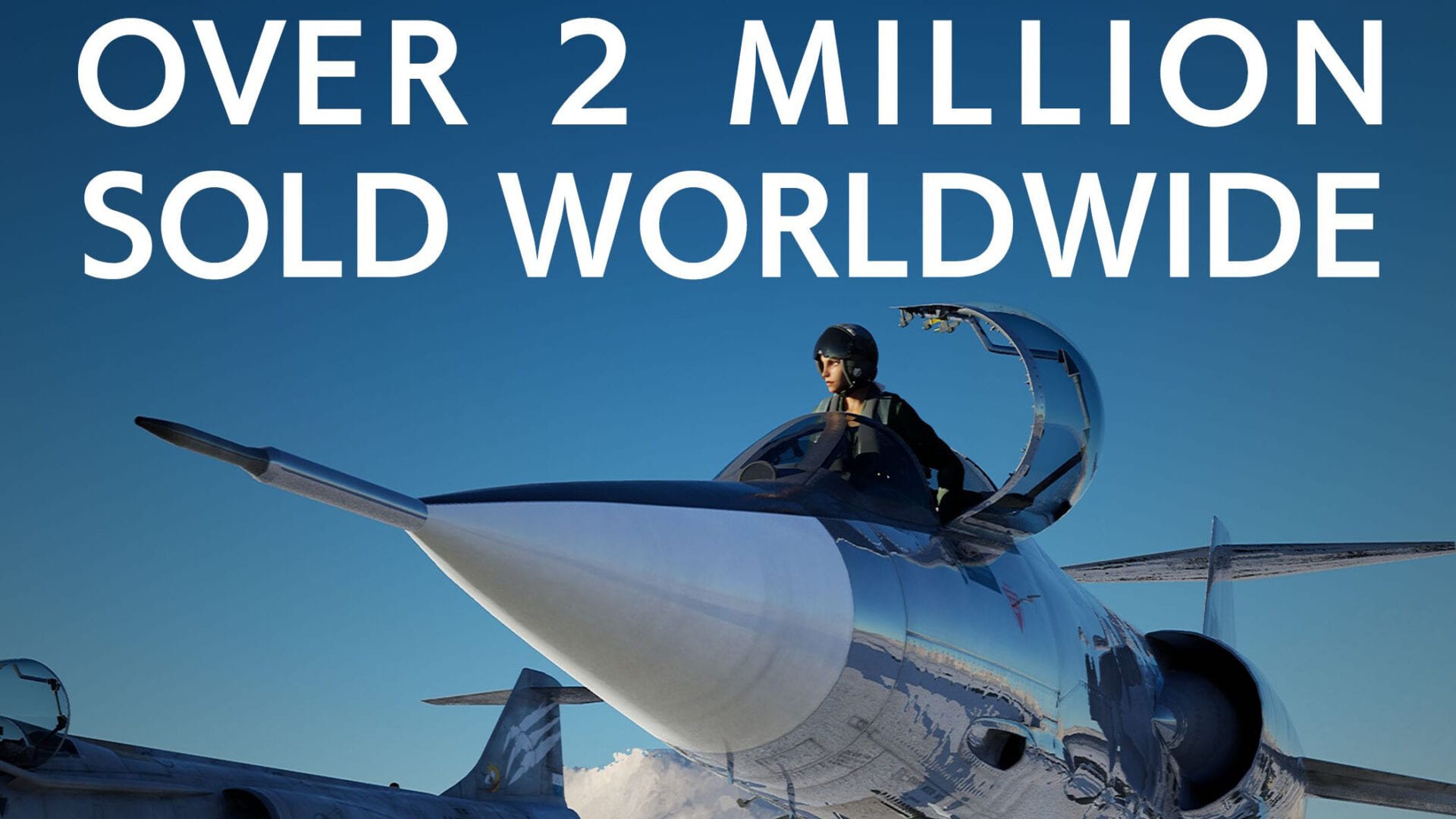 Today Bandai Namco reached out with a press release to celebrate the 25th anniversary of the Ace Combat series and provide news about Ace Combat 7: Skies Uknown.

We learn that Ace Combat 7: Skies Unknown has passed two million shipments worldwide (including digital sales) on PS4, Xbox One, and PC.

This brings cumulative shipments for the series to 16 million worldwide.

On top of that, to celebrate the anniversary, two T-shirts will be released for 3,960 yen (translating approximately into $37). You can check out what they look like in the gallery below alongside commemorative art for both the anniversary and the shipment milestones.

The shirts will be sold online starting tomorrow, July 1st, on Alpha Industries’ online store, or at the brand’s shops in Shibuya (Tokyo), Nagoya, and Osaka.

The press release also includes a message by producer Kazutoki Kono, who wishes he could have done more to celebrate the anniversary with the fans. Unfortunately, almost everything that has been in the planning since last year has been postponed or canceled. At least, the team managed to launch its new YouTube channel that enabled some celebration with the fans.

That being said, Kono-san swears that even if late, the celebration will come, and the team will do its best to make it even better. First and foremost, having passed the 25th-anniversary milestone, they will give their all toward the next anniversary and for the further development of the Ace Combat series.