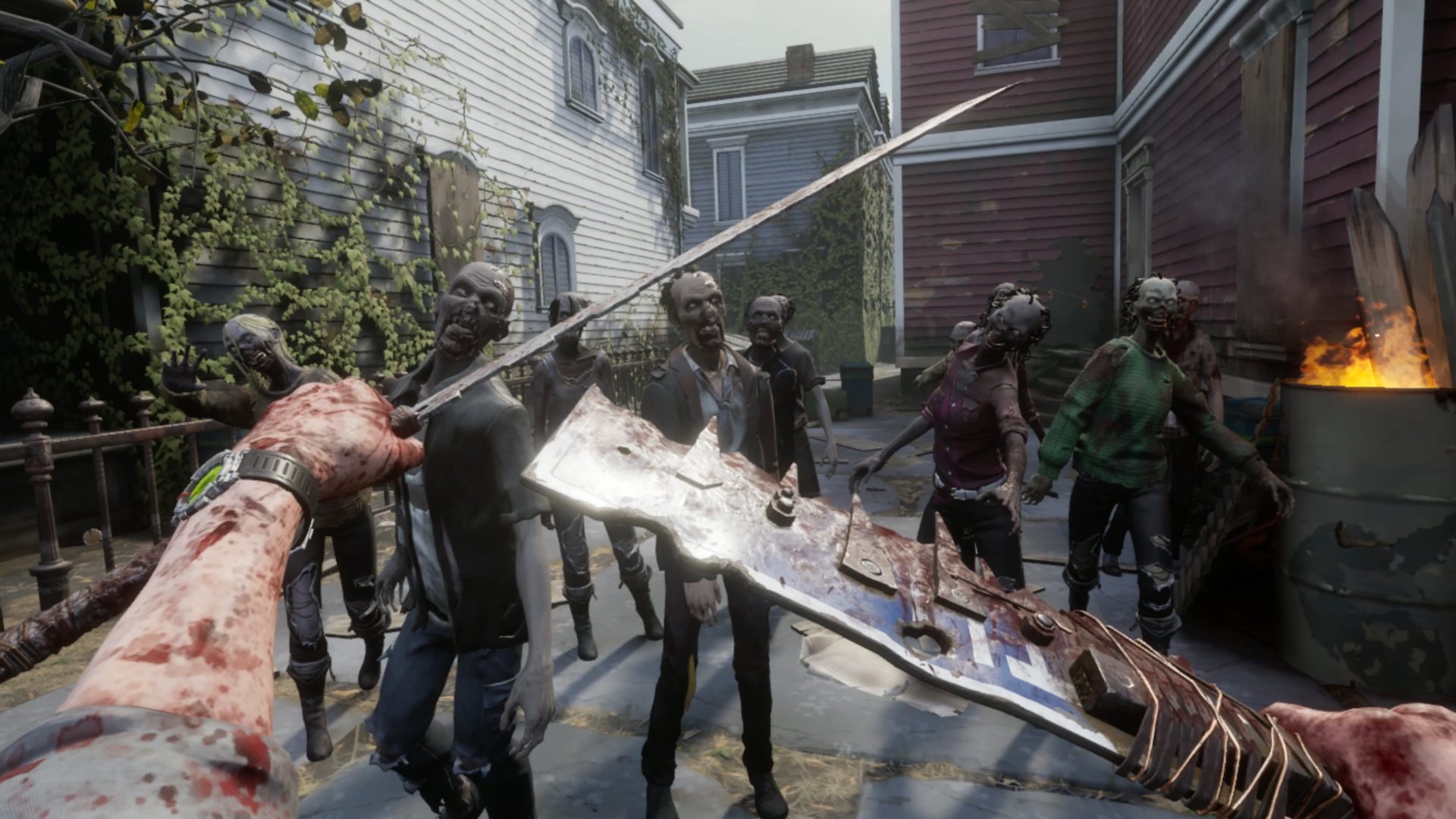 The anticipated VR action game The Walking Dead: Saints & Sinner has unexpectedly launched today over on the PS Store. The game, which launched for PC VR devices back in January, is now available to download for PSVR in both Standard and Tourist Edition for $39.99 and $49.99 respectively.

While the Standard version comes with just the game, the Tourist Edition also includes “three unique weapon recipes: The Sheriff, The Judge, and the National Guard Knife, also a set of collectible voodoo dolls.”

First revealed in October of last year, Sinners & Saints is based on the popular Walking Dead AMC TV series license. It’s set in New Orleans, where people are struggling to survive attacks from hordes of the undead and warring factions of humans who seek to control territory and supplies.

Players have the option to court the various factions or play them against each other. Gameplay involves combat, stealth, crafting, and a choice-based dialog system.

It’s certainly one of the year’s most hotly awaited PSVR games (Steam reviews for its PC version have been very positive), which makes today’s stealth launch all the more bizarre. The last we’d heard the game was locked in for Spring release but no specific date had been confirmed. Apparently, today is the day. And odd marketing strategy, but we’ll take it!

You can check out the game’s PC launch trailer from January below.