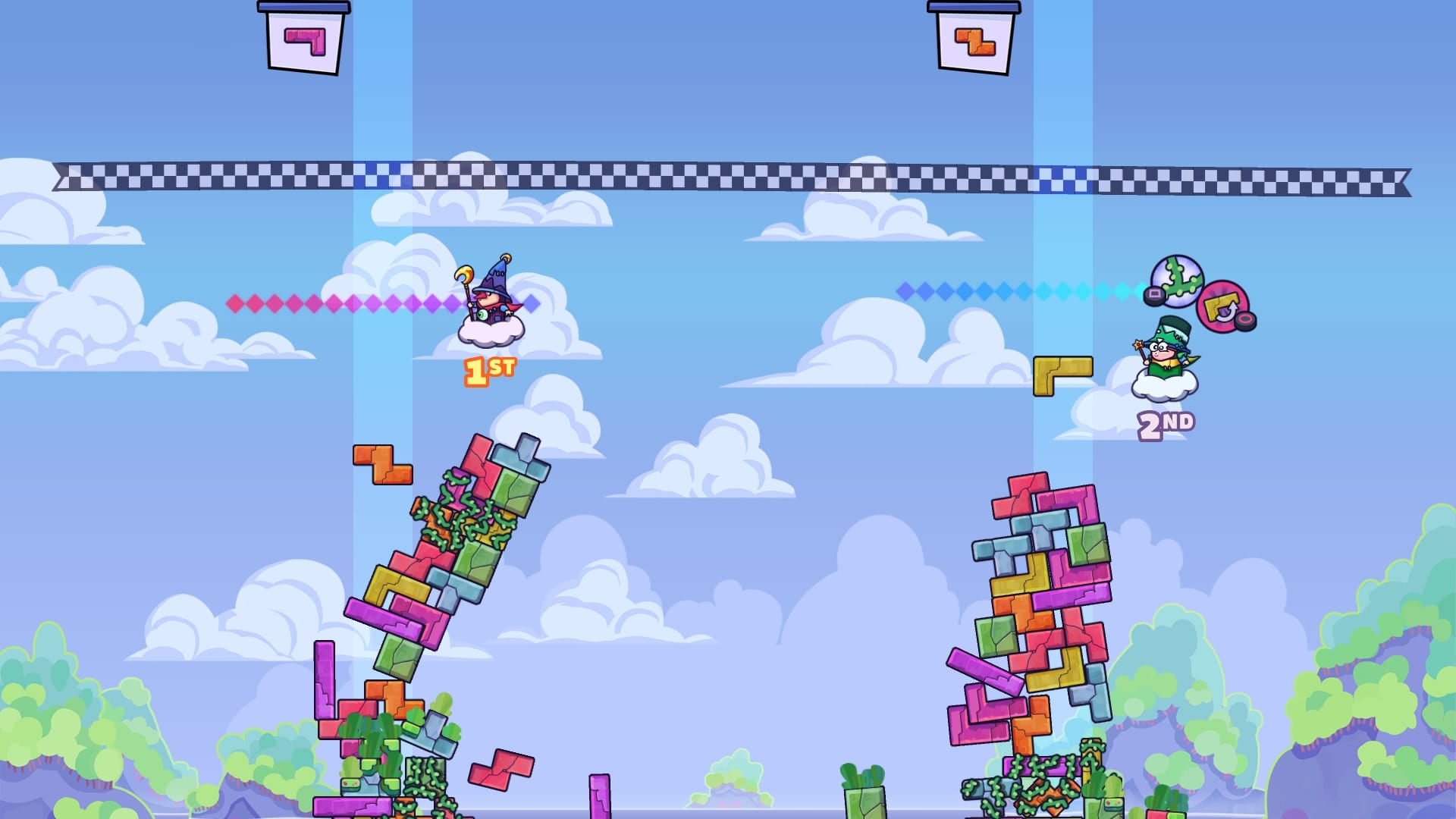 Today, Super Rare Games announced that Tricky Towers is getting a limited physical release in the form of a collector’s edition for the Nintendo Switch. Upon release, only 4,000 copies of the game will be available worldwide.

Anyone who gets the collector’s edition is also set to receive some supplementary material as well. Those items include:

Outside of the block and character additions to Trickey Towers, gameplay will largely remain unchanged. Players still compete via physics-based puzzle stacking, using bricks to create a stable tower while simultaneously trying to knock over your opponent’s own tower.

Trickey Towers wouldn’t be all that tricky if there weren’t a catch, though. The introduction of magic to the game allows players the ability to cast spells that support their towers and hinder their opponents.

With 17 spells in total, divided into Light (Defense) and Dark (Attack), matches quickly devolve into frantic wars, as each team decides whether it’s better to go on the attack or defense.

Across the three game modes (Race, Survival, and Puzzle) the goal is always the same: build a tower tall enough to pass the finish line. How that goal is accomplished is entirely up to you.

Pre-orders for Tricky Towers Collector’s Edition will be available worldwide starting May 28, 2020, for approximately $33.

If you’re interested, or just want more general information on the game, be sure to head over to Super Rare Games official website linked here.