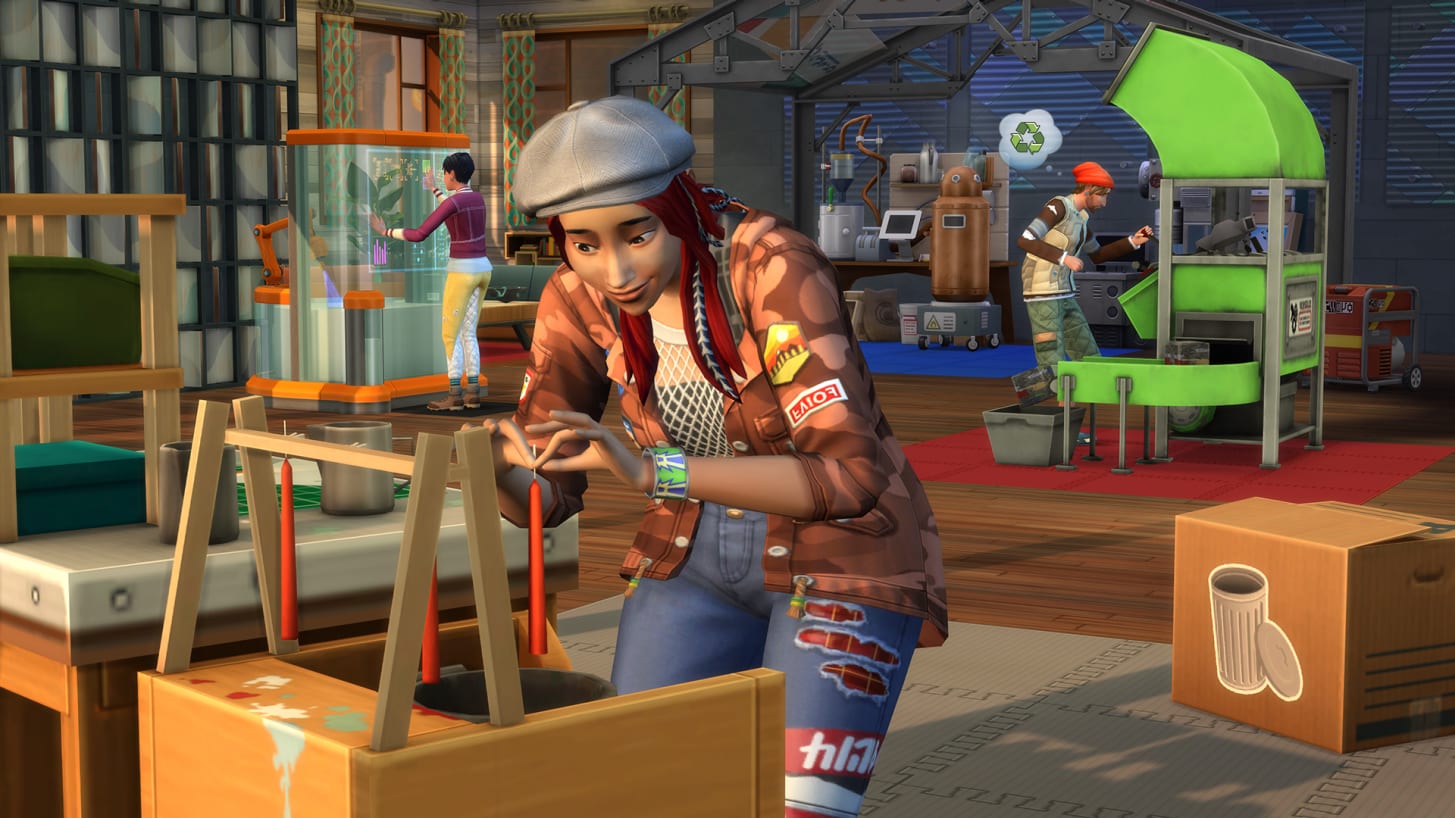 Electronic Arts announced a new expansion for The Sims 4 that focuses on recycling, living off the land, and community.

As teased earlier this week, the Eco Lifestyle expansion adds a new area called Evergreen Harbor where players’ decisions affect the environment. Keeping it clean will let nature thrive, while neglect and less green methods will give dirty streets and smog.

Players can produce their own electricity and water, while keeping their energy bills lower, with wind turbines, solar panels, and dew collectors. Thrown away items can be reused and crafted into different furniture or candles and fizzy juices that can be sold on an online store.

The Eco Lifestyle expansion places a greater emphasis on community with a voting board, where “Neighborhood Action Plans” can be voted on each week by the Sims living in the town. Some of the plans include shared planting spaces, promote performing arts, start a weekly workout, and more.

The Sims 4 originally released in 2014 and has received eight expansions alongside over 20 game and stuff packs.

The Eco Lifestyle expansion is now available for pre-order on PC and Xbox One and will launch for The Sims 4 on June 5 for PlayStation 4, Xbox One, and PC through Origin.