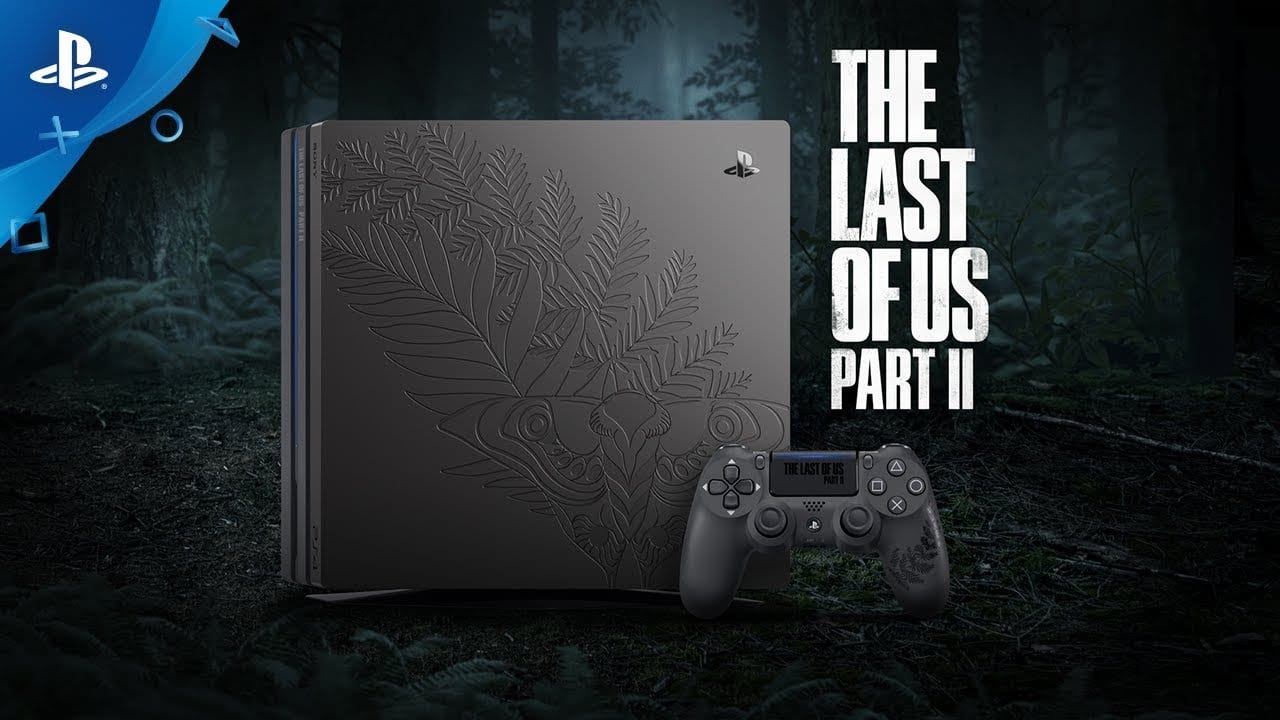 PlayStation is celebrating the upcoming launch of its hotly anticipated exclusive The Last of Us Part II by unveiling a new special edition PS4 Pro console today. The first images and a video over on the PS Blog showcase a design centered around an engraving of Ellie’s tattoo over a matte finish on both the console and DualShock 4 Wireless Controller.

Naughty Dog’s art director John Sweeney adds some color on the inspirations behind the design:

“When we first revealed The Last of Us Part II, we had no idea how quickly fans would embrace Ellie’s tattoo. Within a day, we started seeing real-life versions showing up on social media and fans have been sharing photos of their new tattoos with us week after week ever since.

When the opportunity arose to create a custom PS4 Pro for The Last of Us Part II, I worked with our graphic designer at the time, Angel Garcia, and we considered a few different ideas, but we kept coming back to Ellie’s tattoo. By that point, it had become a symbol of the game and for the community–much like the Firefly logo in the first game. It was the clear choice, but we wondered: what if it could be engraved? It hadn’t been done before, so we weren’t sure it was even possible, but thanks to the incredible efforts of the teams at PlayStation, we found a way.

The result is something we feel is really special–a design that honors the passion of our incredible fans and that we ourselves would be proud to own.

We can’t wait for you to see it in person and for you to experience The Last of Us Part II for yourselves!”

You can check out the console in detail for yourself in a new trailer highlighting everything on offer in the special edition.

There’s yet more The Last of Us Part II branded hardware on offer, too, in the form of headphones and a Seagate 2TB HDD. Both feature a similar tattoo engraving, as you can see in the images below.

Pre-orders for the special edition will go live later today, while The Last of Us Part II itself launches on June 19.

For more on the game, take a look at the inaugural episode of Inside The last of Us Part II, a mini-series that goes behind the scenes of its development. The first episode focuses on the game’s story, from its themes to its characters.