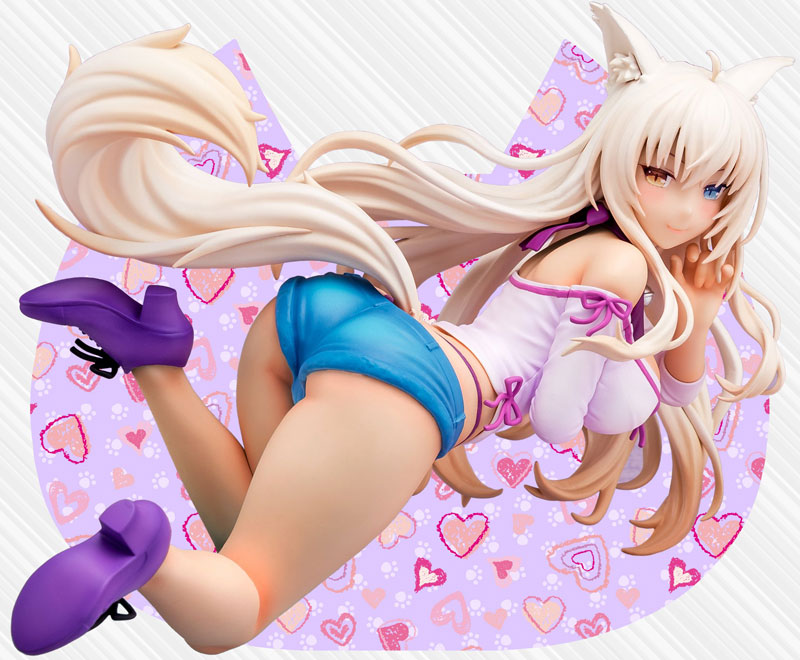 While the adorable visual novel seroies Nekopara gets a lot of figures portraying the Vanilla and Chocola, those portraying the other heroines are a lot rarer.

This time around we’re getting one portraying Coconut inspired directly by an illustration by Sayori.

Manufacturer Hakoiri Musume made it available for pre-order and you can find it on Ami Ami or 16,980 yen, which translates into approximately $158.

The scale is 1/6 and she’s 22 cm long (since her position is horizontal). The release window is December 2020.

Below you can check out a gallery of screenshots and an official description.

“NEKOPARA” is the heart-warming comedy and the animation film of this has been broadcasting on TV from Jan. 2020. This is the big hit adventure game series which original is produced by NEKO WORKs that’s representative is SAYORI and the game has been sold over 3 million copies totally. This time, we have produced the most glamorous heroine “COCONUT” by the big volume of 1/6 scale to reproduce SAYORI’s illustration perfectly.

The most remarkable topics of this figure are, the shape and color painting were completely supervised and authorized by SAYORI, and also eyes were fixed by herself. This figure is made fussing over the small details so enjoy this highest quality!”