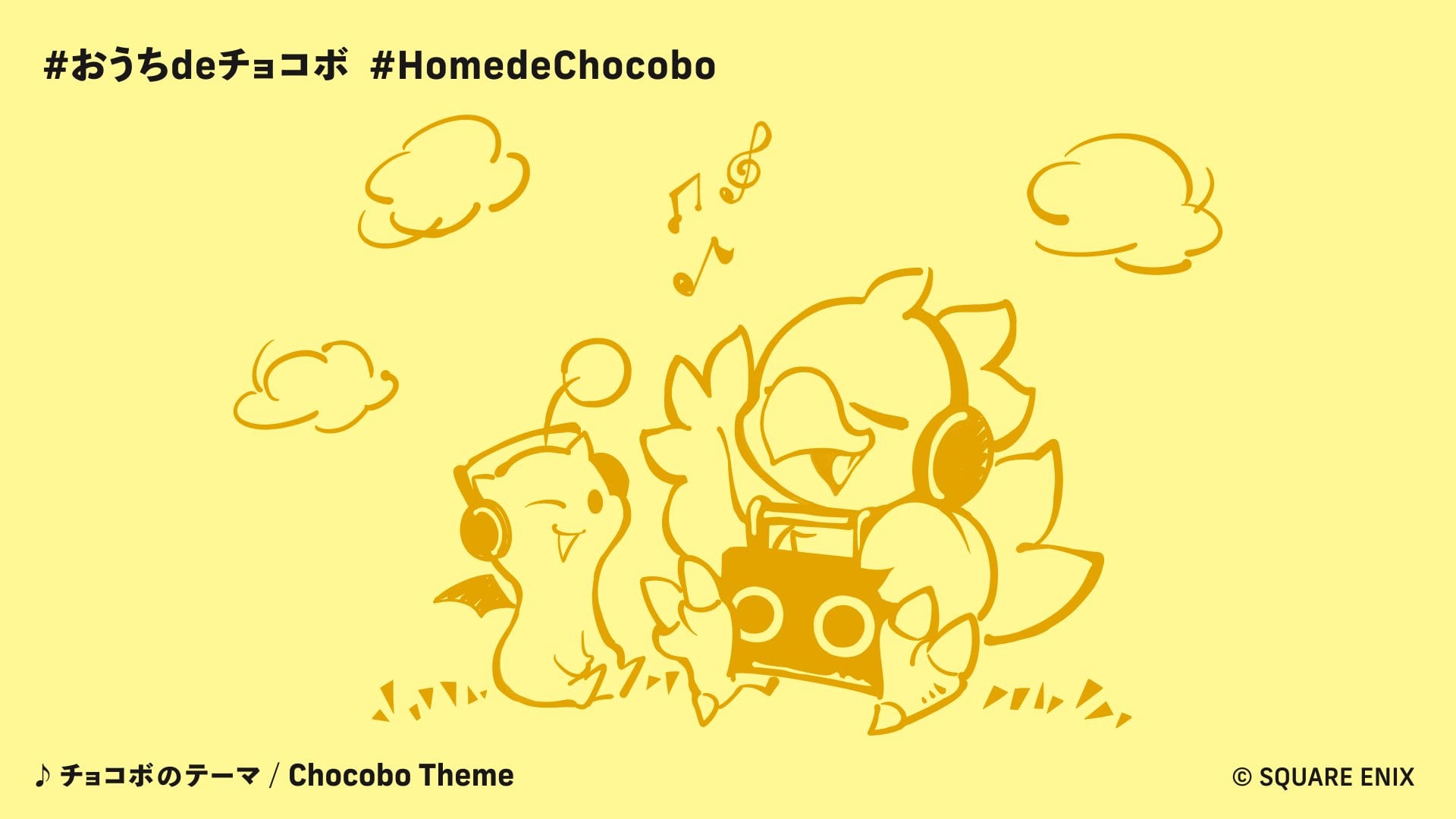 A couple of days ago, Square Enix published the partiton of Final Fantasy’s Chocobo Theme by Nobuo Uematsu, encouraging fans to play along.

The tweet, which you can see below launched the hashtag “#HomedeChocobo,” giving fans from all over the world stuck at home due to the COVID-19 emergency a new reason to come together, at least virtually.

Music and games is certainly a combination which can bring many together, as demonstarted by Project Aces with their #ACE7Music initiative.

Considering the massive popularity of the Final Fantasy series, it shouldn’t surprise that the hashtag has been extremely successful, gathering hundreds of fans with the purpose of offering their own version of catchy the Chocobo Theme.

We saw tons of different versions, from those played with improvised instruments to many done by professionals, game composers, and celebrities. Plenty of fans used Final Fantasy XIV‘s handy performance feature, while others improvised some rather imaginative ways to join in.

Below you can see a selection in no particular order (the first few were actually created by Square Enix musicians), as there are too many for a complete list. You’ll find many more by exploring the #HomedeChocobo hashtag.