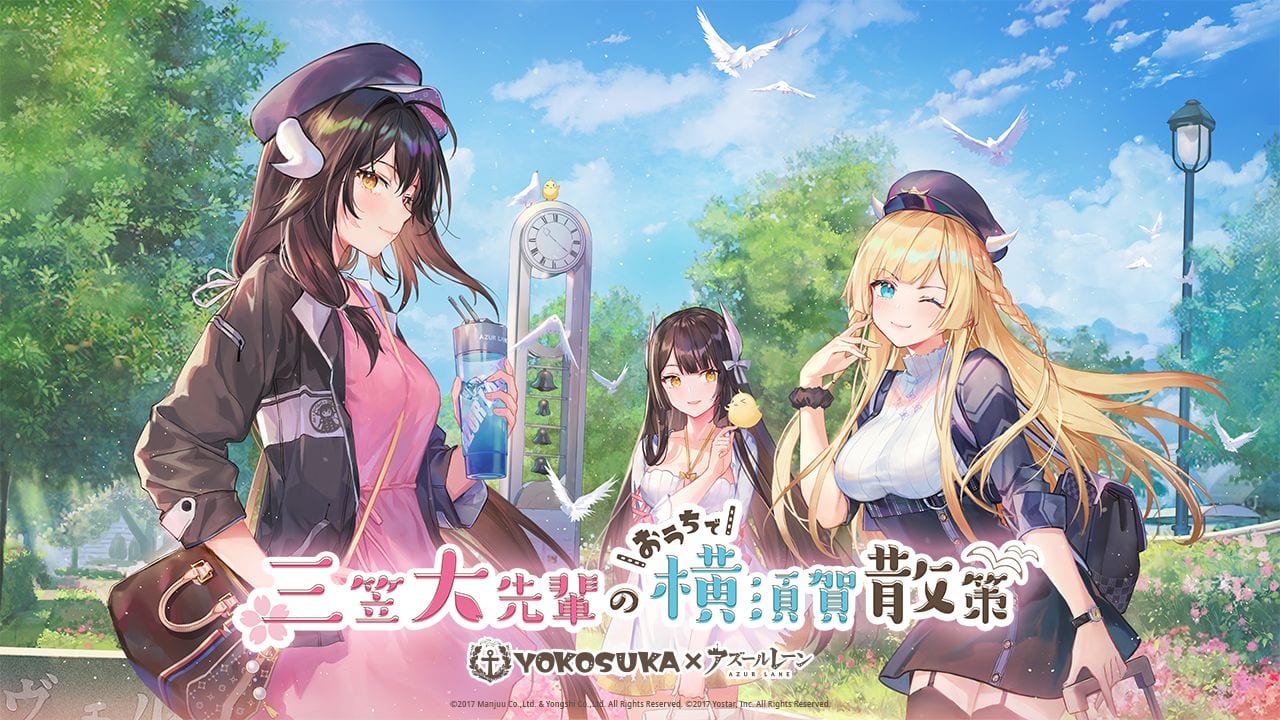 Yostar had news to share about its popular shipgirl-focused game Azur Lane.

First of all, we get to see some brand new skins, mostly focusing on party dresses and outfits.

For now, they have been announced for the Japanese and Chinese servers, but they’re likely to come to the English ones soon.

We get them for Littorio, La Galissonnière, Enterprise, Cavalla, Ping Hai and Ning Hai, Forbin, and Biloxi (this one was shared only on the Weibo account for the Chinese servers for now).

On top of that, we get new about the traditional event that Yostar usually holds in Yokosuka. This year it’s titled “Take a Stroll in Yokosuka from Home with Mikasa-senpai.” As the title suggests, it’ll be hosted exclusively online from July 4 to August 31.

There will be a talk show livestream (which will likely include news aplenty), collaboration goods with the city of Yokosuka will be sold online and giveaways will also be hosted.

Proceeds from the online sales will go to support the stores in Yokosuka that would have taken part in the stamp rally event that won’t happen this year.

If you’re not into mobile games, Idea Factory International recently launched Azur Lane: Crosswave for PS4 and PC, even if we’re still waiting for the DLC to launch in the west, since we’ve heard nothing specific about when and how they will be released just yet.