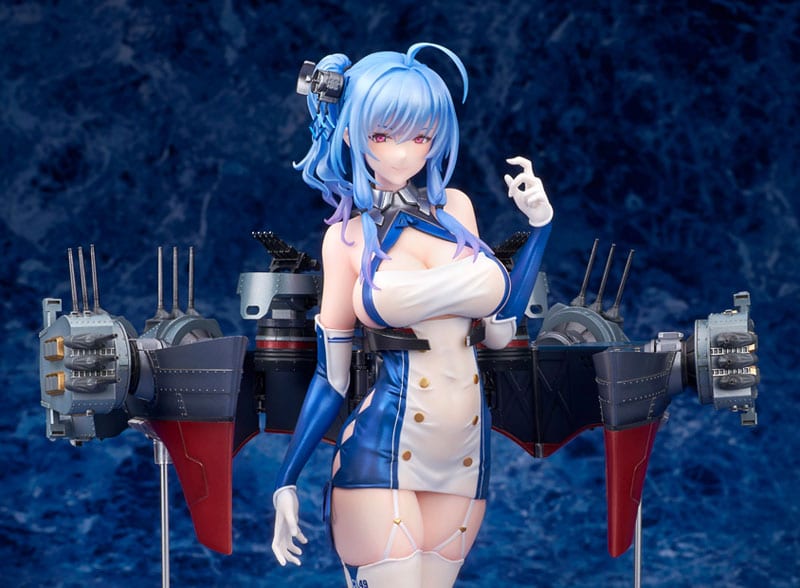 Today, we get two newly-available for pre-orders at local retailers like Ami Ami, and the first is St. Louis by Alter.

She comes in two different editions. The Complete version is the big package with the full rigging. She costs a whopping 29,050 yen, which translates approximately into $272.

If you prefer your shipgirls without the “ship” part or simply want a cheaper option, the Light Equipment version is exactly what it says on the tin, doing away with the rigging and costing 15,460 yen (approximately $145).

Both versions are scheduled to release in July 2021. Yes. You read it right, we’re talking about over a year away. This isn’t unheard of in the figure market.

The scale is 1/7 for 260 mm in height. They’re sculpted by Yadokari, while Usagi did the rigging. The paintwork for the prototype is by Nanami Tetsumori.

The second figure portrays Yuudachi and she comes coutesy of Wing. The price is 18,300 yen, which translates roughly into $171.

The lead time for Yuudachi is shorter, as she’ll be released in December 2020.

The scale is once more 1/7, but she’s just 160 mm tall partly because of the position.

The prototype is sculpted by Mishima and Ryo Sakano of Dragon Studio (on the rigging), while the paintwork is by Ham Takeuchi of Hajimeno.