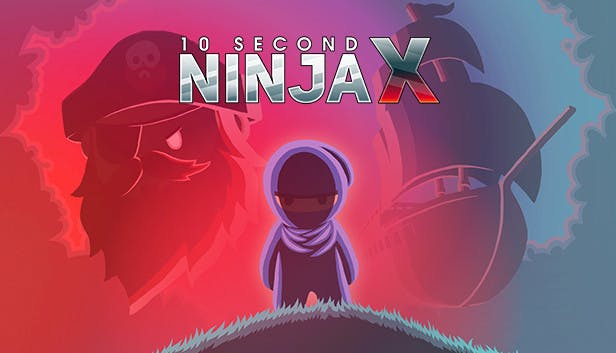 Do you like free, reader? 10 Second Ninja X from developer Four Circle Interactive and publisher Curve Digital is free until May 28 at 1 p.m. There isn’t a time zone to that, so it’s probably better to not wait until the last second.

As a special note, the part of the listing that gives the expiration date does also say that games added to your library during free-to-keep will not drop Steam Trading Cards. Just a heads up for those Trading Card hunters.

For those who might now know what the game is all about:

10 SECOND NINJA X is a shockingly fast, overwhelmingly intense action/puzzle game. In this thumb blistering sequel, the nefarious Captain Greatbeard has kidnapped you and trapped your forest friends inside of his army of robots like some kind of psychopath. Greatbeard doesn’t think you’re the fastest ninja who ever lived – he is WRONG. Destroy all of Greatbeard’s robots in each level in ten seconds or less. Be fast enough to get the coveted three star rating in each. Fight through 100 levels, explore Greatbeard’s airship, discover secrets, climb the leaderboards and show everyone what it means to be THE FASTEST, COOLEST HERO EVER.

The “X” in the title does mean this is a different game than 10 Second Ninja, lest anyone be confused. 10 Second Ninja was released in 2014 with publisher Mastertronic, while the “X” version came out in 2016.

For those interested in finding out our thoughts, Twinfinite reviewed 10 Second Ninja X for the PS4.