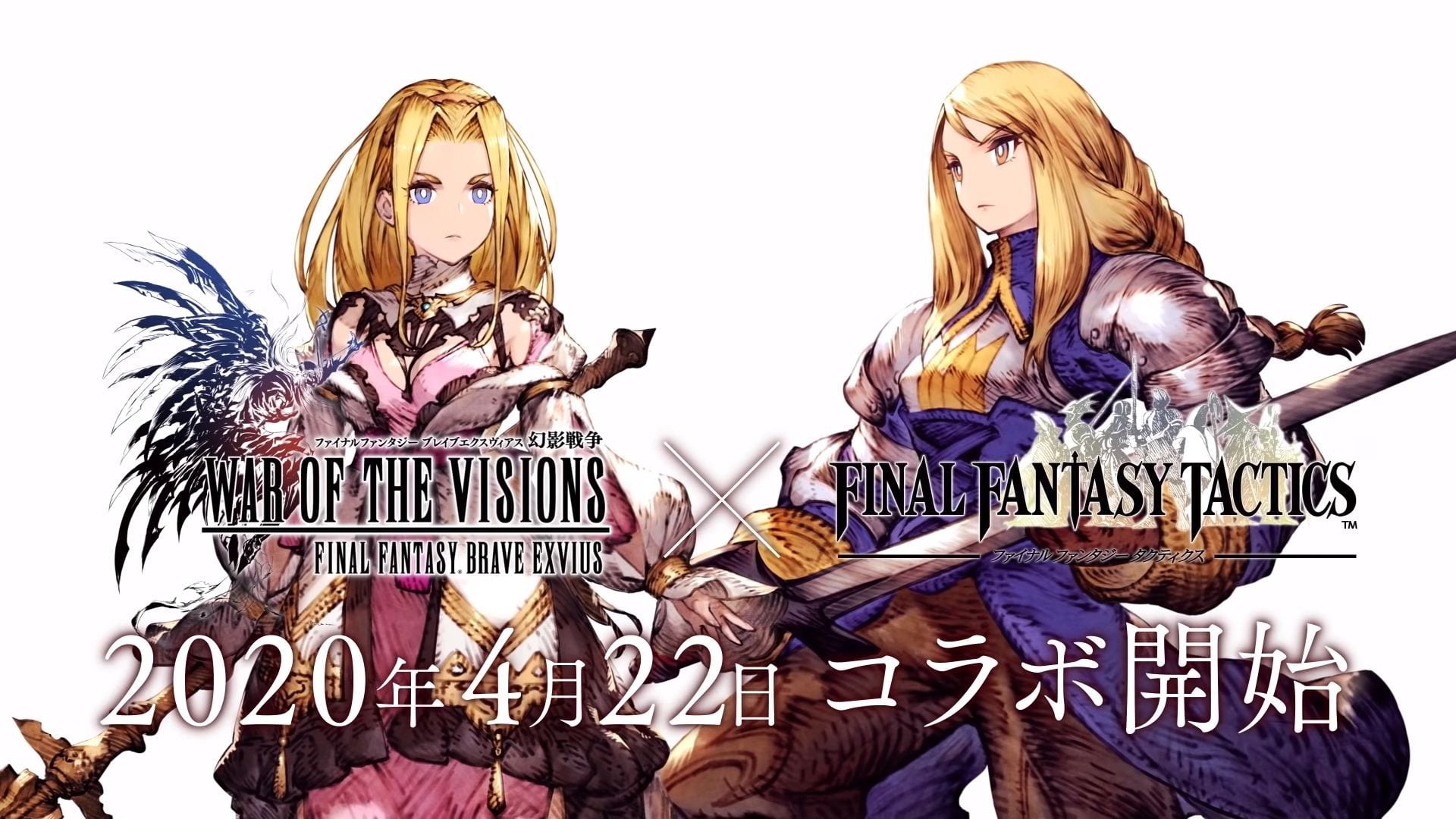 War of the Visions: Final Fantasy Brave Exvius is considered by many the spiritual successor of Final Fantasy Tactics, and the two games are crossing the streams once more in Japan.

The collaboration will launch on the Japanese version of the game on April 22, and it will also bring back Ramza, Goffard, and Cidolfus for a second round.

At the moment we don’t know when either part of the crossover will come to the recently-released English version. Since it’s a few months behind in content, it’s likely going to be a while, but they should come at some point.

In the meanwhile, you can check out a trailer below.