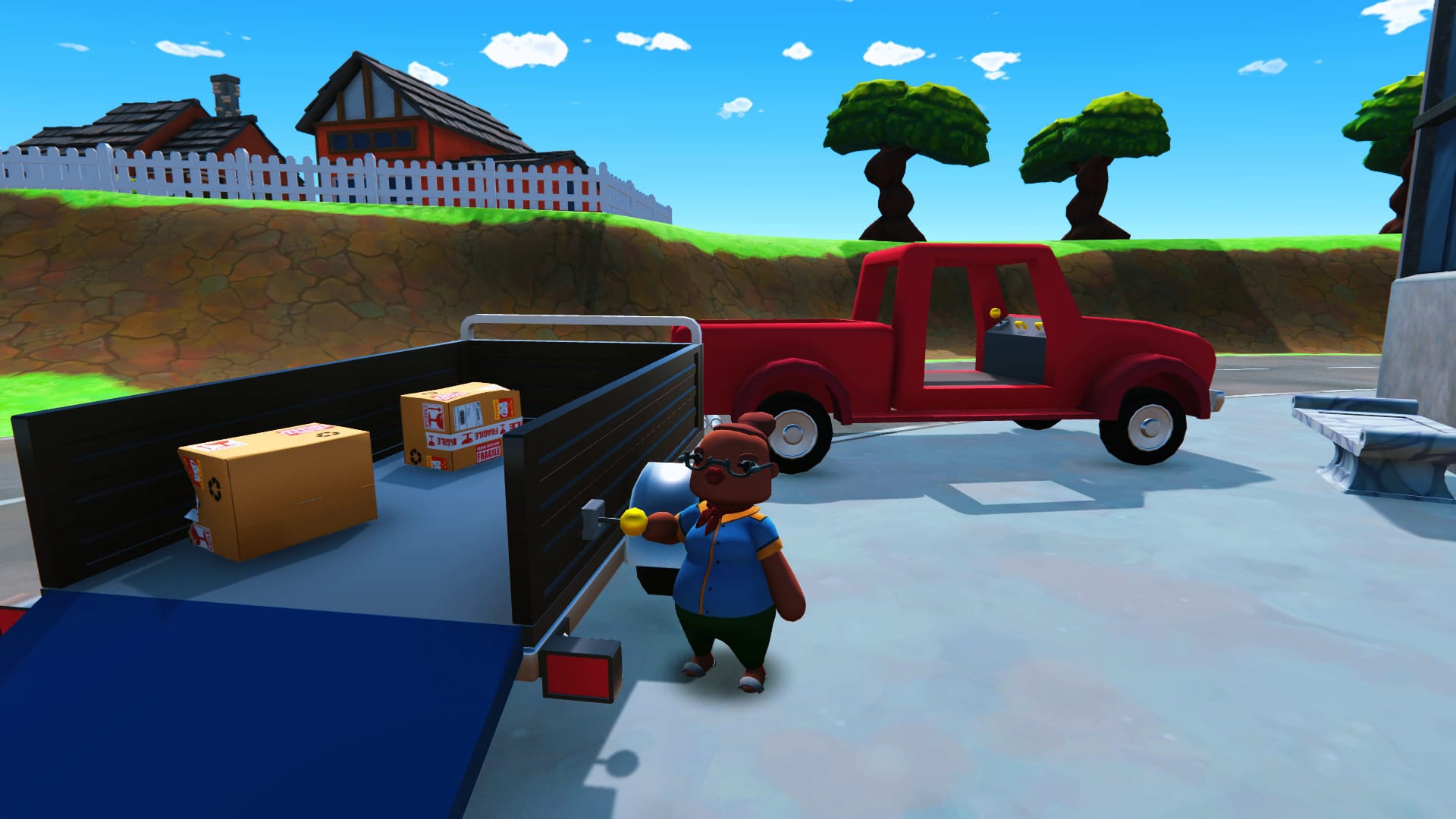 The game launches today for PlayStation 4, Nintendo Switch, Xbox One, Xbox Game Pass, iOS, and Android platforms. It is also available on PC through the Epic Games Store and “coming soon” to Steam.

Totally Reliable Delivery Service is about delivering packages within certain restrictions, such as a time limit or without damaging it, whether on foot, in a car, over water, or in the air. It supports up to four players locally or online.

Similar to Human Fall Flat, the player has individual control over both arms and grip with each hand. The ragdoll physics of handling boxes, vehicles, or controlling the character can be somewhat unpredictable and lends to hilarity/frustration.

The game is available for free on the Epic Games Store today for one week only until Wednesday, April 8 at 11 a.m. ET.

Meanwhile, Epic Games Store users can still grab the weekly free games of World War Z, Figment, and Tormentor x Punisher until tomorrow, April 2. The next free offer of games will be Gone Home and Hob, which can be downloaded beginning tomorrow through Thursday, April 9.