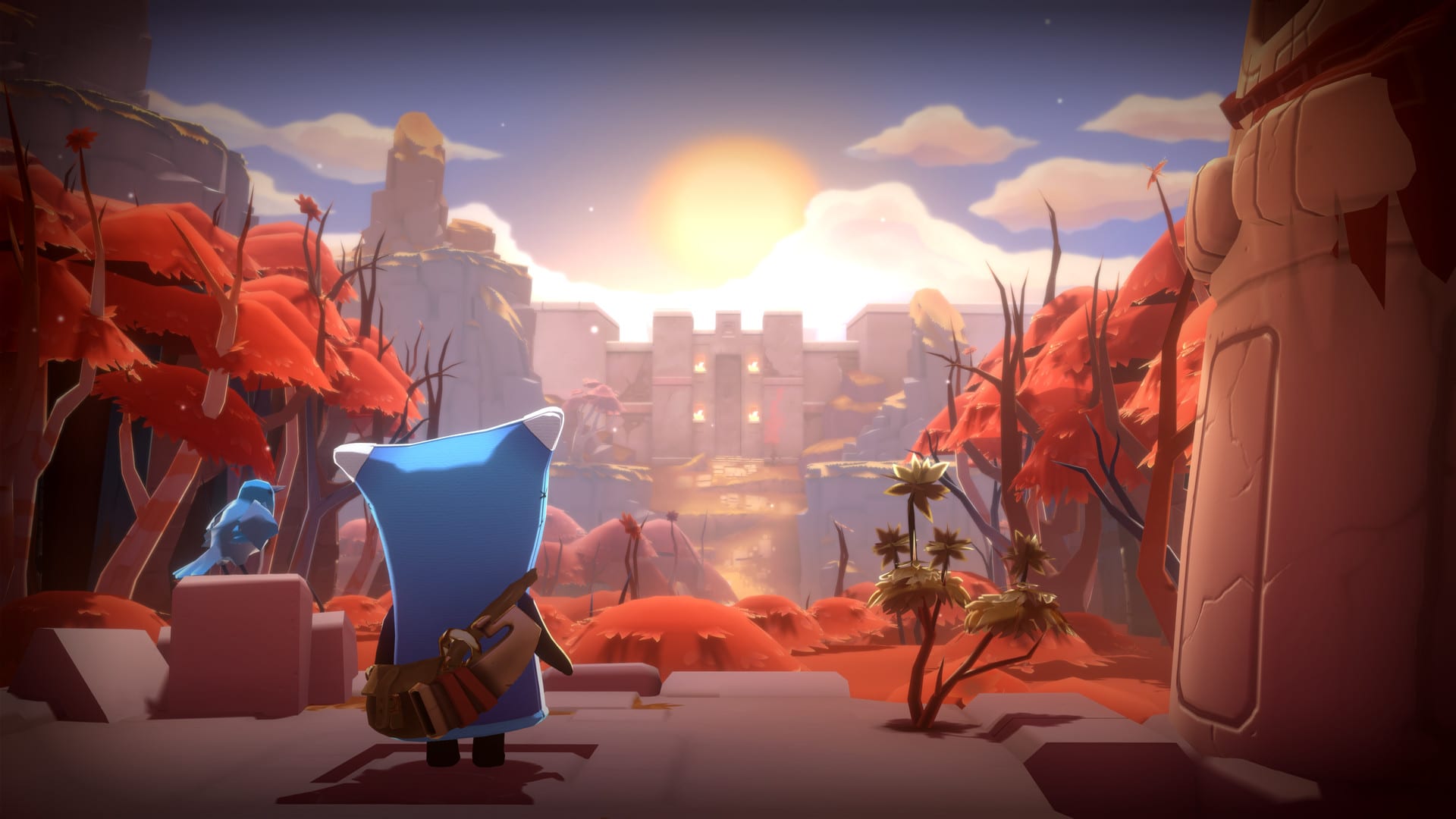 Today’s Inside Xbox presentation provided plenty of news on highly anticipated titles coming to Microsoft’s series of consoles. One of the titles highlighted was The Last Campfire, a cute-yet-dark adventure title from Hello Games, creators of No Man’s Sky. During the presentation, we got our first look at the game’s opening minutes, and what Ember is in for.

The game balances the eerie and cute right from the beginning. Our pillow-like protagonist Ember is adorable for sure, but the circumstances they wake up in are less than ideal. The temple-like environment they find themselves in is covered in dust and cobwebs –how did Ember even get there in the first place?

A narrator begins the story, telling us that Ember has been abandoned in a dark, hopeless place. As Ember awakens, a few spectral forms looking over them scatter and vanish. Without hesitation, Ember is off, and we get our first hint at what might be going on –a mural, depicting “the First Ember’s story”, and perhaps our Ember’s path to home.

It becomes clear that Ember’s current situation isn’t safe, as the next discovery is that of a long-dead skeleton, seemingly a member of Ember’s own species. The moment is more than just an omen, however, as the skeleton’s satchel is taken by Ember, who pays their respects in the process. Inside, they find a golden statue of the First Ember, no doubt an important artifact.

Steve Burgess, one of the game’s creators and the one presenting the trailer then goes over a few of the game’s inspirations, mentioning that properties like Labyrinth and The Dark Crystal were influences on the game’s art style and story. All of the game’s art and animation, he goes on to mention, was created by just one man –Chris Simons, the project’s art director.

Ember leaves the catacombs at this point, ascending into a gorgeous misty forest. Here, the narrator shares Ember’s inner thoughts, as they believe that, according to the First Ember’s story, there is a path to the campfire through this forest. However, that quest to return home is sidetracked rather quickly, as Ember discovers what appears to be a caged flame on their trek.

Upon interacting with the flame, Ember is transported to another location – a chamber where the flame’s cage is far out of reach. Here they must solve a puzzle to reach the flame, and once they do so, the new location fades away, returning both Ember and the flame to the forest. With the puzzle solved though, the flame’s cage falls away, and it opens a pathway forwards, enticing Ember to follow.

Steven Burgess chimes in again here, this time about The Last Campfire’s philosophy towards puzzles. They mention that most puzzles in games like The Last Campfire feel like variations on similar concepts, but that the team’s goal here is to make each and every puzzle feel truly unique, in order to give the player more satisfaction upon completing them.

Ember finally makes their way to the campfire, but it seems that not even here is safe. The flames are extinguished, and many of Ember’s species sit around the empty campfire, seemingly turned to stone. However, the flame freed earlier flies into one of the stone forms, reviving another of Ember’s people.

It is here where Ember’s goal to save their kind becomes clear, and where the showcase ends. As the campfire faintly relights at the revival of Ember’s kin, we catch a glimpse of a large specter emerging from a statue, but the screen fades to black before we can see any more. Check out the trailer for yourself below.

There’s certainly plenty to be excited about from today’s Inside Xbox presentation, and The Last Campfire is no exception. Check out some of the other news from the presentation here on Twinfinite, such as the Gears Tactics newsdrop, or the new Ships of Fortune update for Sea of Thieves.