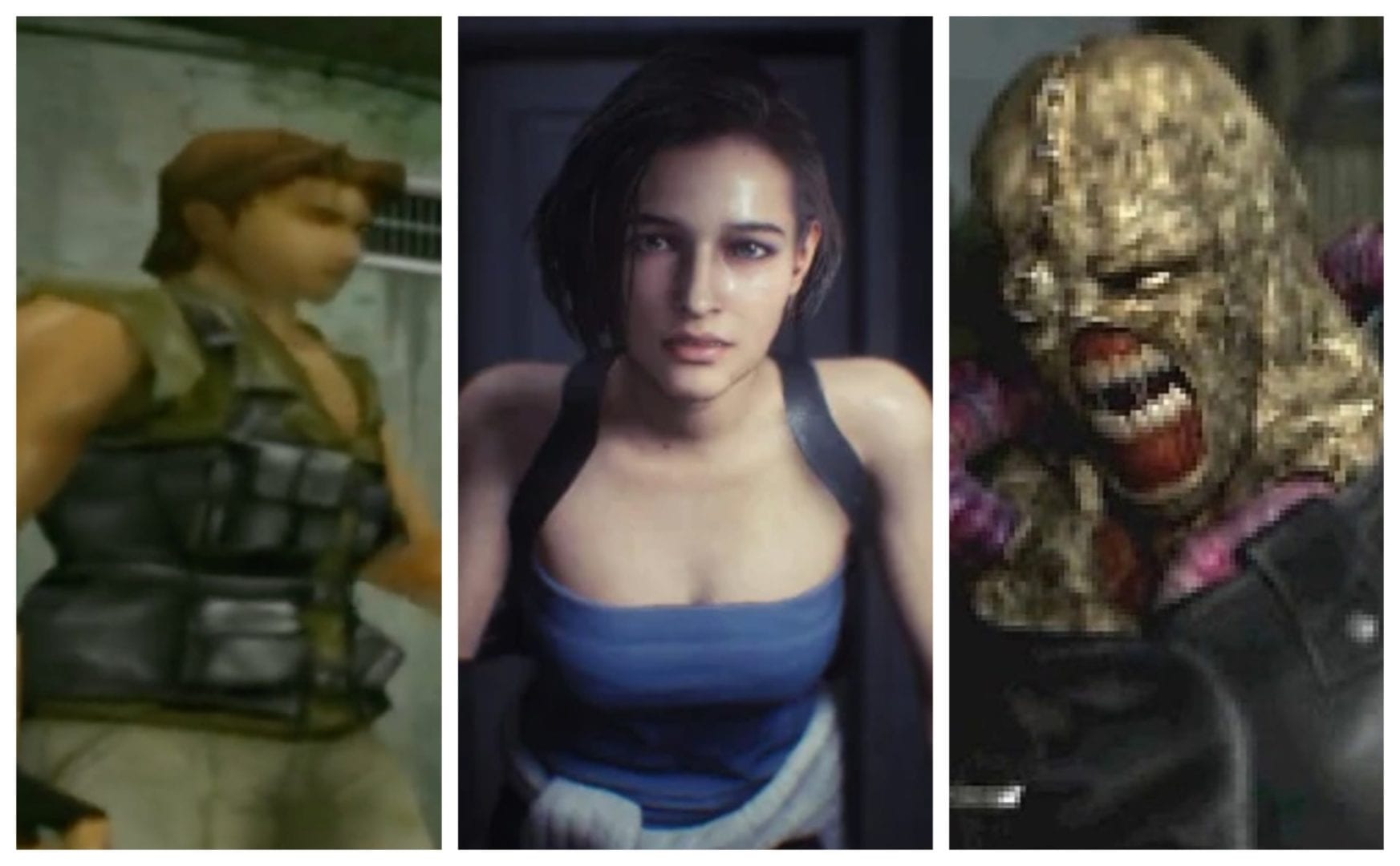 Capcom’s Resident Evil 3 remake is a reimagining of the 1991 PS1 classic survival horror that stars Jill Valentine, the handsome Carlos Oliveira, and a very ugly monster that goes by Nemesis. By working together, Jill and Carlos must finally put a stop to the threat while also working on finding a cure for the virus.

You’re probably very aware of this already but this newly released remake is absolutely stunning and is a delight for the eyes. Considering it’s been over 20 years since the original launch of the game, let’s take a look back at how the PS1 version compares to the modern re-telling in 2020.

Let’s start off with Jill Valentine’s design itself. Capcom has definitely changed up her look quite a bit. Even though she’s still wearing her classic blue-colored top, she’s wearing some straps now, which looks to be more comfortable and appropriate for the situation going on in the plot of Resident Evil 3.

Thanks to modern game development practices such as motion capture and being more concerned about voice work and dialogue, Jill Valentine really shines this time around and feels more like a grounded character.

Carlos Oliveira still looks to be the dashingly handsome and gruff military dude who likes to kick down unlocked doors and flirt with Jill. Capcom hasn’t made too many changes to his look here in the remake but as you can see, Carlos’s hair is much, much shaggier.

Okay, so Nemesis has always been a terrible, terrible monster to look at. His teeth are way too over-exposed, his skin needs major work, and those tentacles can stay far away from me.

I do have to say, though, that I wish this mod that turns Nemesis into Thomas the Tank Engine was able to be used on consoles because I would much weather want to look at that than Nemesis’ ugly thing that he calls a face.

This 2020 remake of Resident Evil 3 may be pretty short when it comes to the campaign but there so many intricate details woven into this version of Raccoon City as you can see if you look around the town and admire at all of the shop names and posters and such –there might even be an easter egg or two if you stop to smell the roses.

And also, as you can see from this comparison, fire looks way better in video games now than they did back in the 90s.

That static background image of a subway cart in the original Resident Evil 3 surprisingly doesn’t look too bad when looking at it side-by-side with the remake.

Of course, the lighting and detail is much more apparent in the modern version but man, just looking at Jill’s old outfit makes me giggle –who wears that to fight zombies? At least put on some combat boots or tennis shoes or something.

Yup, the sewers are still gross, scary, and dark in the Resident Evil 3 Remake but unlike Resident Evil 2, there are no mutated alligators… at least none that I have noticed!