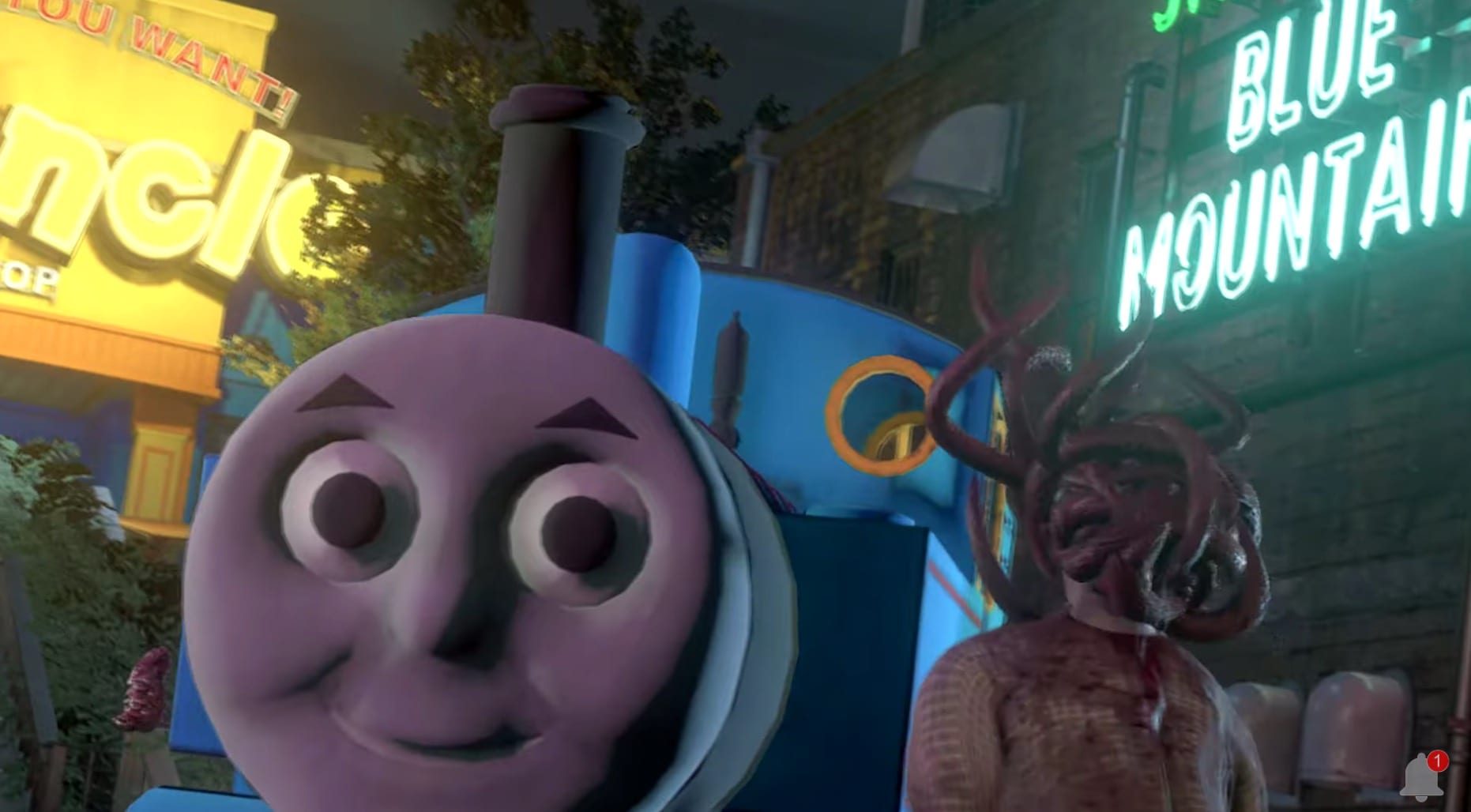 If there’s one thing that the gaming community is obsessed with, it’s Thomas the Tank Engine, the famous cartoon train. Thomas has been modded into multiple games like Skyrim, Sekiro, and other Resident Evil games so it’s no surprise that Thomas has been modded into the new Resident Evil 3 Remake demo that was released this past week onto multiple platforms.

The mod replaces the game’s iconic enemy, Nemesis, with Thomas. Meaning Thomas will chase and kill the player, the same as Nemesis does during regular gameplay. It’s only been a few days since release, so it’s not a stretch to say that people are pretty passionate about Thomas the Tank Engine. The PC mod is made by creators ZombieAli and Crazy Potato and is available on Nexus Mods if you want to check it out for yourself.

ZombieAli originally created a Thomas the Tank mod for Resident Evil 2 Remake, but he stated that Crazy Potato helped him port it over to the PC demo for the Resident Evil 3 Remake demo. The demo isn’t guaranteed to work when the final game releases, but they plan to update the mod if that’s the case.

You can watch a video of the mod in action down below via SubZero’s YouTube channel:

Resident Evil 3 Remake comes out on April 3, 2020, for PS4, Xbox, and PC, and follows Jill Valentine as she tries to escape the hell that is Raccoon city while being hunted by a terrifying monster, Nemesis. The story takes place concurrently with Resident Evil 2 and features the same type of over-the-shoulder gameplay as the 2019 remake.

There will also be a multiplayer mode included with RE3 Remake, called Resident Evil: Resistance and will pit four players against another player whose objective is to kill everyone else. Teamwork will be key in order to beat the enemy player.

Even though Nemesis is terrifying, I’d much rather run into him than Thomas the Tank Engine while trying to survive Raccoon City –that tank engine is horrifying.