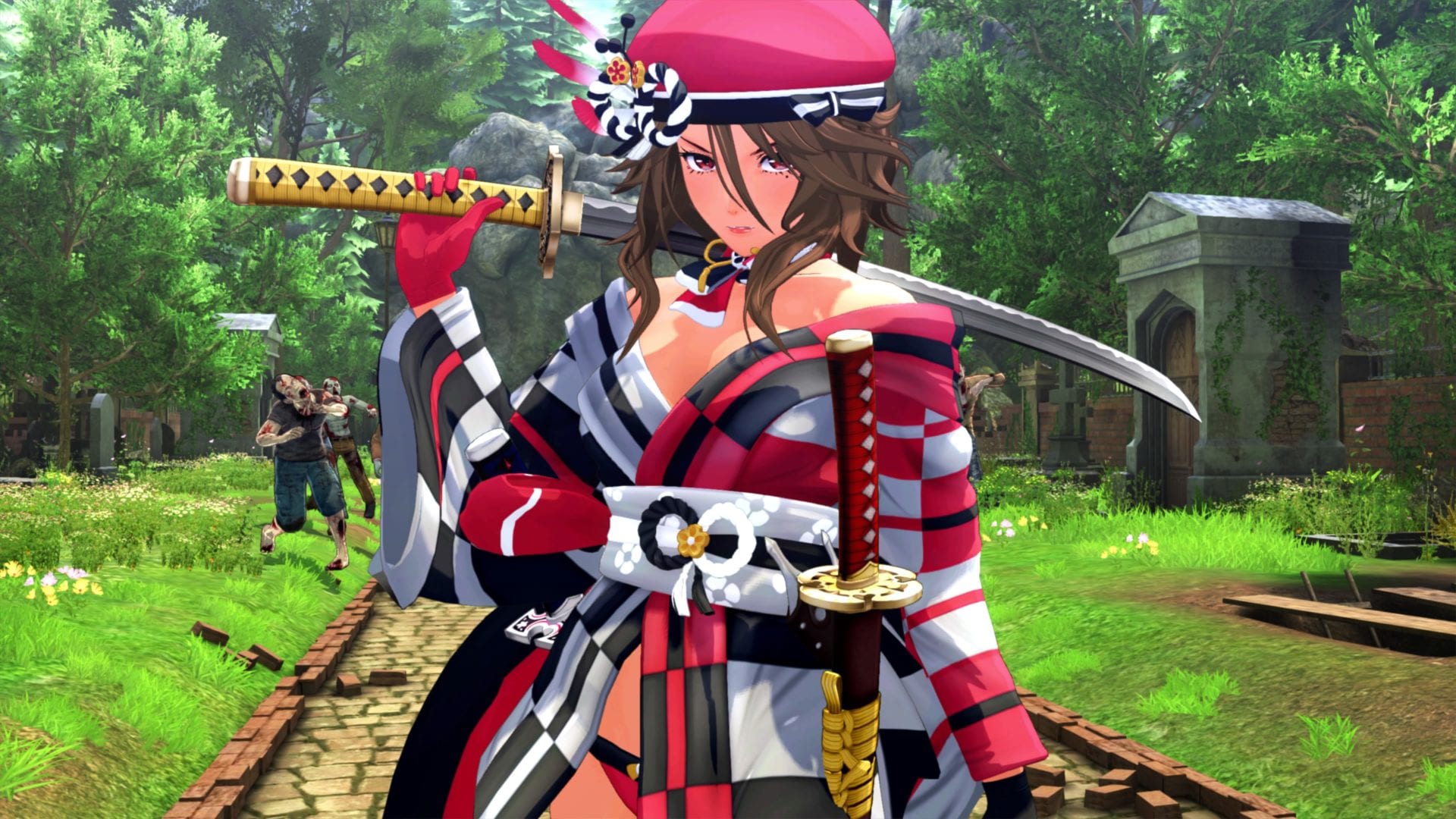 Three new sets will be released in Japan on April 21, priced at 440 yen each, which translates to approximately $4.

Each playable character (Aya, Saki, and Rei) will receive a set, and each set will come with three colors.

Of course, those who already purchased the season pass won’t need any additional purchase to get the costumes.

You can enjoy the latest trailer, a look at the game’s earlier DLC, the previous batch of screenshots and trailer, another video and gallery, the reveal of the box art, the first gameplay, the previous gallery of images, another recent batch, another group of images and the first trailer and more from all the way back in February 2019.

The game is available in Japan exclusively for PS4, and it’ll be released in English in Asia this summer.

We recently reached out to D3 Publisher inquiring about the possibility of a proper western release, and we were told that it hasn’t been decided yet.