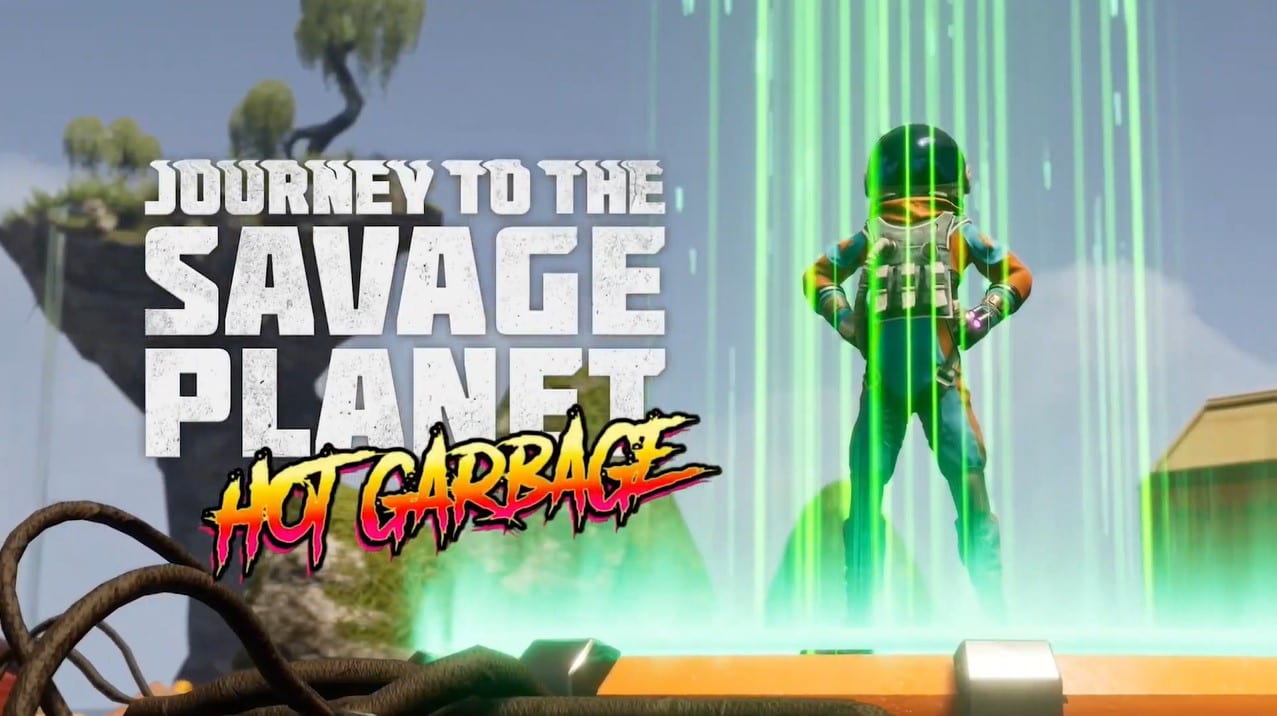 Despite the name of the new content, these additions to this generally well-received 3D metroidvania title look to be pretty great so far. The trailer didn’t give away all the secrets of the Hot Garbage DLC, but we got a decent preview of some new content.

Two of the biggest announcements in the entire trailer were the suit and jetpack upgrades coming to Journey to the Savage Planet. They didn’t go too deep into what exactly this entails, but we only have to wait one more week to get all the details.

However, one of the biggest improvements that they actually showed off was the underwater boots. This upgrade appears to let you walk around at the bottom of any body of water.

The trailer also showed off some formidable enemies, including a fairly dangerous-looking robot near the end of the trailer. It’ll be interesting to see how this new content will balance difficulty for gamers who have been playing since the game released in January of this year.

If you’re interested in this game, but you never got into it, then here are five reasons why you shouldn’t sleep on Journey to the Savage Planet. If you’re already deep into the game, but you need some help, then check out our Guide Wiki for tons of useful information.