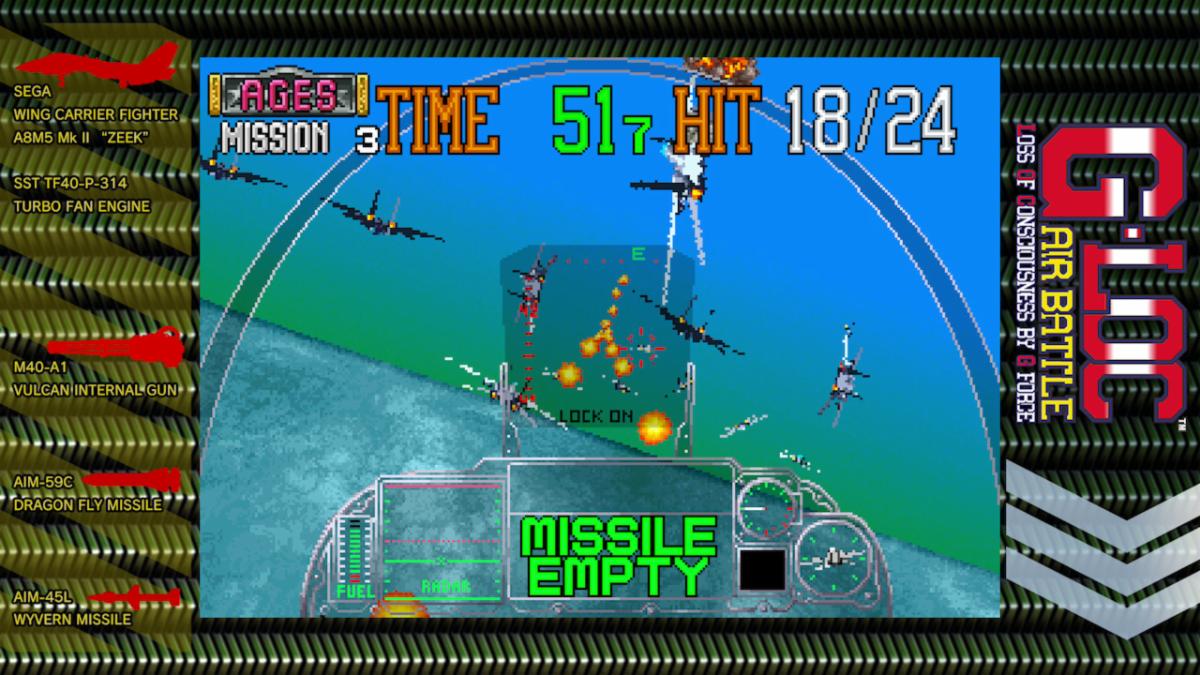 An enhanced version of the arcade classic flight combat game G-LOC Air Battle is coming to Switch in the Sega Ages collection on April 30, 2020, and you should really give it a try.

Originally released in 1990, G-LOC Air Battle puts you in the cockpit of experimental aircraft as you take on full squadrons of enemy pilots on dangerous timed missions. The game was also designed by legendary designer Yu Suzuki, the visionary director behind game series like Virtua Fighter and Shenmue.

G-LOC Air Battle joins Shinobi, Sonic the Hedgehog, Phantasy Star, in the Sega Ages collection on Switch, faithful ports on classic Sega titles with a few new tweaks here and there. G-LOC is the newest game to join the lineup, and is the only new addition at the moment.