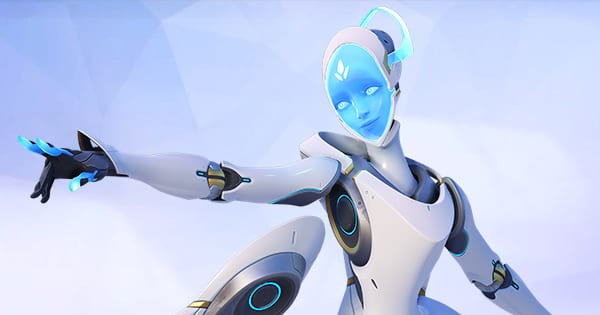 The latest hero to join the heroic ranks of Overwatch, Echo, has just been given a release date by Blizzard. As the game’s 11th new hero since launch, and its 32nd overall, Echo the adaptive robot has been a long-awaited addition to the roster. Players will be able to take Echo to the skies soon, as she’ll be launching on April 14 for all players.

Echo has long been known about by players, but not always by that same name. Early into Overwatch’s lifespan, there was well-known concept art for a robot named Iris who had been planned for the game, but was scrapped due to unknown reasons. Iris was noticeably different in design to Echo, sporting a less obvious face and more alien body by comparison.

Still, when Echo was revealed, it was quickly obvious to fans that she’d been spun out of the original Iris concept. This means that Echo’s origins date back far into Overwatch’s development history, even back when the game was still being internally referred to as “Prometheus.”

Now, Echo launches in a little under a week’s time, with a bundle of exciting abilities under her chassis. Built-in flight and gliding, sticky bombs, lasers, and even duplicates of other heroes all make up Echo’s repertoire, making her a fierce addition to the Damage category of heroes.

Overwatch 2 may still be on the horizon, but Blizzard isn’t ending support of the original just yet. Get ready to hop into battle again when Echo joins the Overwatch roster on April 14.