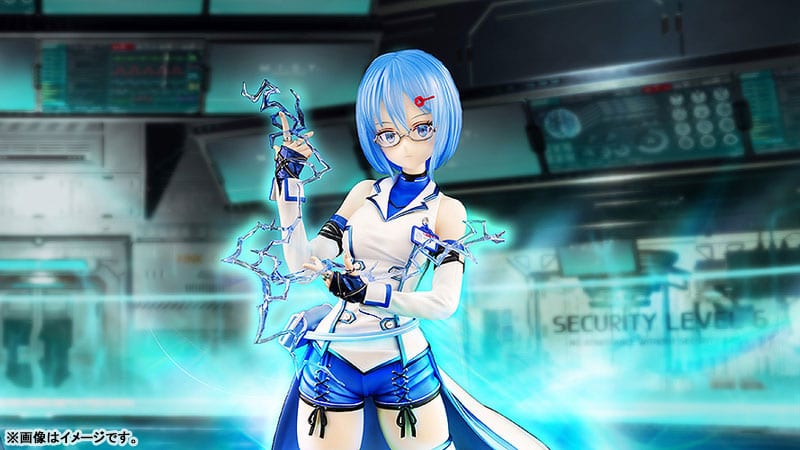 Koei Tecmo may have discontinued the production of DLC for Dead or Alive 6, but the show must go on, at least among Japanese figure manufacturers.

She’s based on an illustration by popular artist Fuzichoco, while the prototype was sculpted by iTANDi/Yamakatsu and painted by Hiroshi Michikawa.

Here’s how the manufacturer describes her:

“Specially illustrated by Fuzichoco! The Cybernetician NiCO is now a scale figure!

Popular illustrator Fuzichoco’s illustration of the Cybernetician NiCO from “DEAD OR ALIVE 6” is now a 1/7th scale figure. Her white outfit and its various gorgeous metallic blue line accents have been captured in extraordinary detail. Translucent parts have been utilized in order to recreate the translucent look of her hair in Fuzichoco’s illustration. An extra interchangeable hair part to display her with her hair covering one eye is also included. The plasma that comes from NiCO’s EMF rings has been recreated with translucent parts as well.

Additionally, a background sheet based on NiCO’s research lab home stage from the game is included, making for an even grander display. This is a perfect figure for figure fans and “DOA6″ fans alike, so be sure to add her to your collection!”

Dead or Alive 6 is currently available for PS4, Xbox One, and PC.

You can check out what the figure looks like in the gallery below.