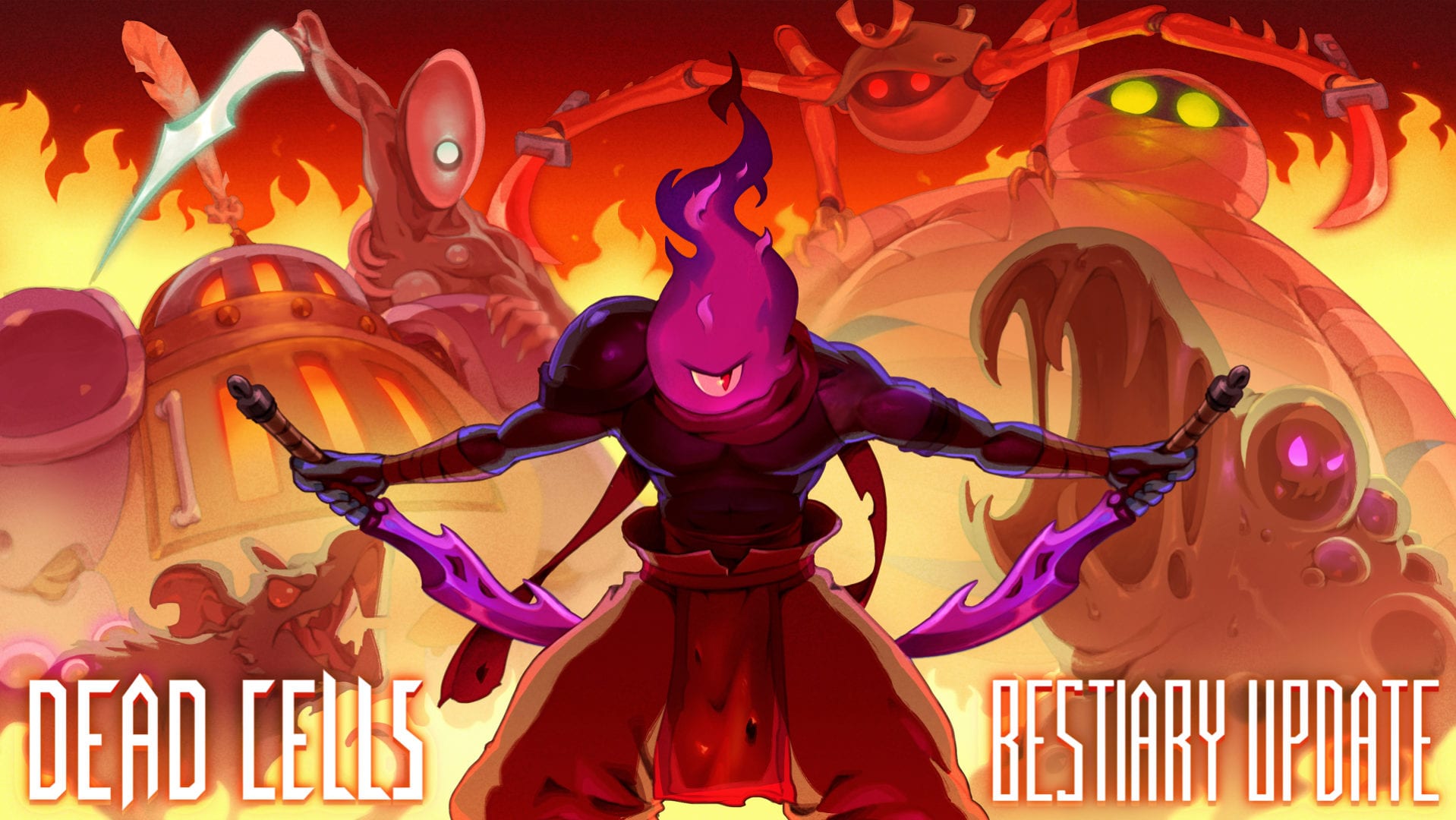 The “Bestiary Update” adds six new enemies with three found in specific biomes and the other three found at different Boss Cells difficulties. Active skills also received new affixes such as ice, poison, bleed, fire, and more spreading on floors and enemies after a skill is used or destroyed.

The update adds two new items with a “portable door” that covers a player’s back and can cause a stun effect, and a crowbar that can cause a critical hit after breaking doors or props.

Alongside the crowbar weapon is a Gordon Freeman outfit that was introduced in the alpha update last month to coincide with the launch of Half-Life: Alyx.

The Dead Cells update also adds new lore rooms, secrets, and mobs to the Bad Seed paid expansion released last February. Two new outfits in the update can be exclusively earned from the expansion, and eight of the 10 new achievements as well.

The patch notes for the update contains a full list of balance changes and bug fixes. It is available today on PC with consoles scheduled to “follow in a few weeks.”