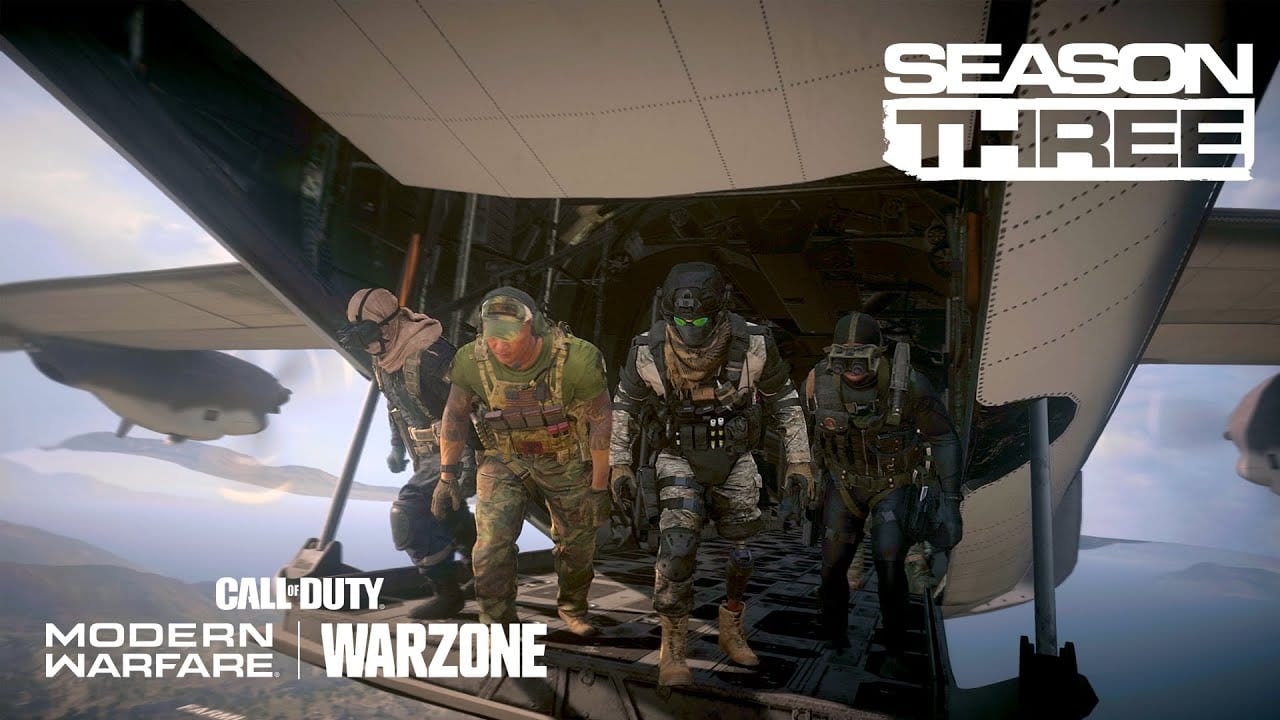 Activision is about to release the third season of Call of Duty: Modern Warfare and Warzone, and today they launched a trailer to celebrate.

Season 3, alongside with the new battle pass, will release tomorrow, April 8, for all platforms, across both Modern Warfare and Warzone, so you don’t have much longer to wait in order to enjoy the new content and goodies.

You can enjoy the trailer below and get a taste of what you’ll be able to play tomorrow.

Call of Duty: Modern Warfare is currently available for PS4, Xbox One, and PC. Warzone is a free to play battle royale spin-off that is also available on the same platforms.