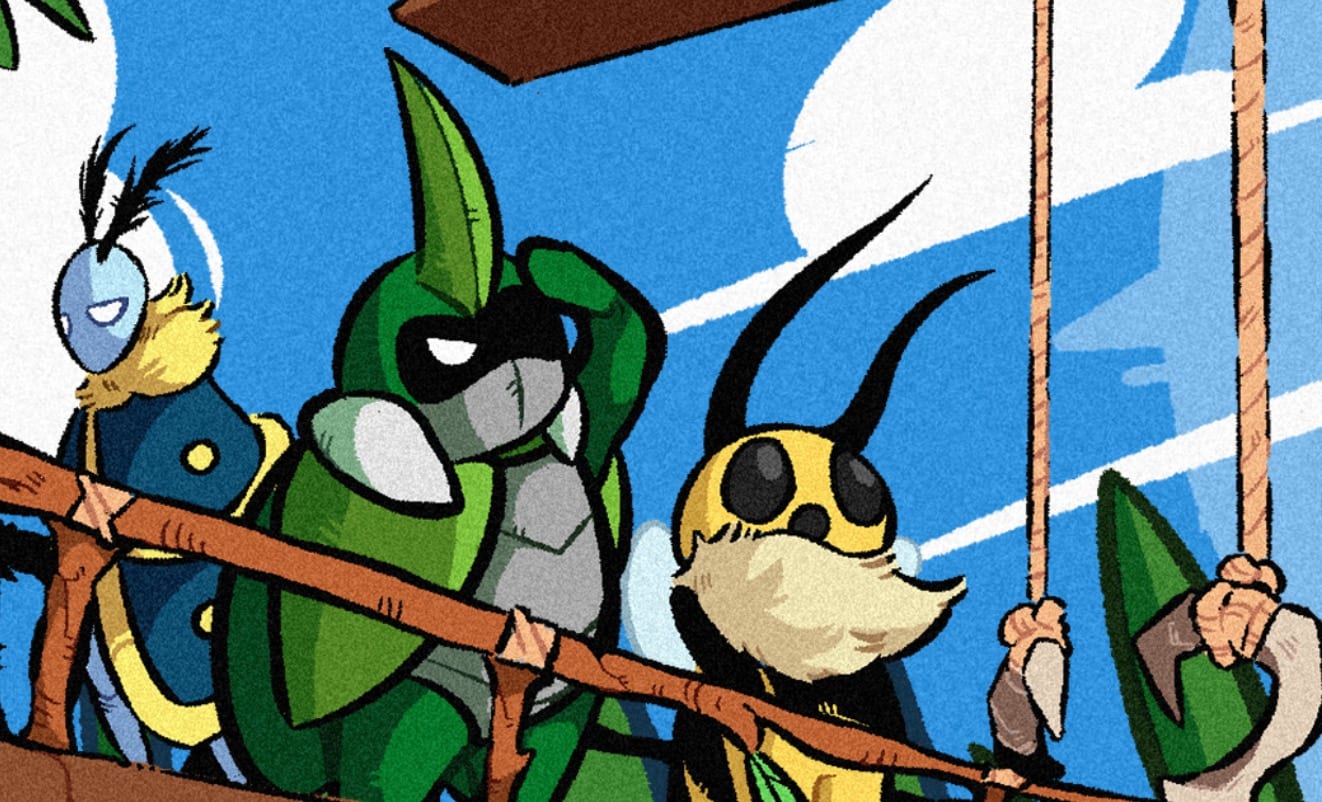 Moonsprout Games and Dangen Entertainment have announced via a press release that Bug Fables: The Everlasting Sapling will be coming to Switch, PS4, and Xbox One in May.

Bug Fables is a paper-styled RPG that takes lots of inspiration from the classic, turn-based Paper Mario games from the N64/GameCube era, specifically, fan-favorite, The Thousand-Year Door.

The title released on Steam back in November of 2019 and the reviews are overwhelmingly positive.

The game will only be available digitally on consoles and will cost $24.99 across the digital storefronts, although, you can purchase the game on Steam for just $19.99 at the moment.

Here’s a synopsis of the game and a new trailer down below for you to check out:

In Bug Fables, players control three aspiring heroes, Kabbu the beetle, Vi the bee, and Lief the moth, each with their own personalities, as they traverse vast overworlds and dungeons using their unique abilities to solve puzzles and make their way across the kingdom in search of The Everlasting Sapling.

Key locations include the Ant Kingdom, the treacherous Snakemouth Den, the picturesque Golden Hills, The Lost Sands and Vi’s home, the Bee Kingdom. Bugaria is sprinkled with an eclectic cast of NPCs who offer help and initiate quests for the heroes to undertake while following the main story.

The game’s Cooking System allows players to collect rare ingredients throughout the world and create their own unique items for use inside battle and out.

Bug Fables: The Everlasting Sapling releases on May 28 for Switch, PS4, and Xbox One.

You can see some images/screenshots of the game in action down below as well if you’re interested: