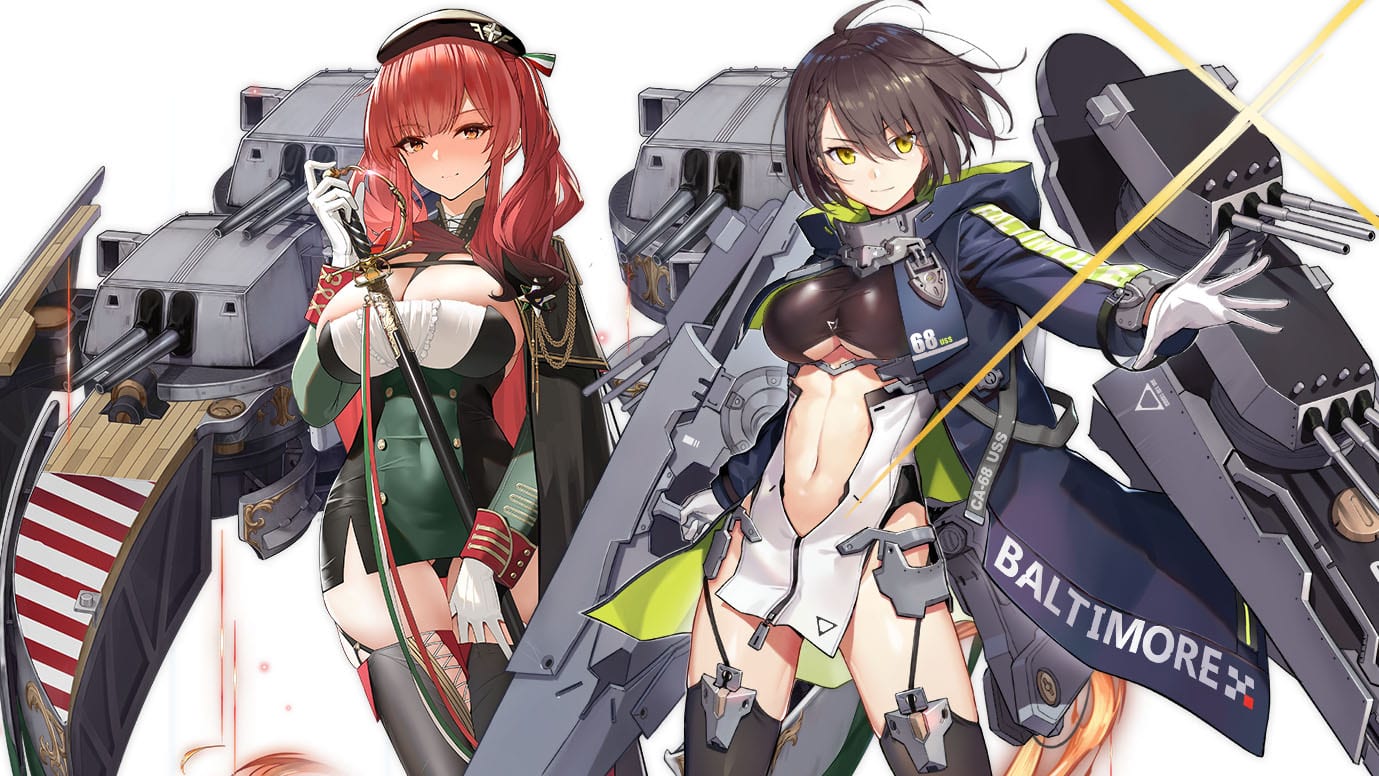 First of all, we get new information on the official site about new shopgirls that will be included as support and secretaries in the upcoming DLC.

The second DLC will include Zara (plus two that are still unrevealed). The third will come with Graf Zeppelin on top of two unknowns. The fourth will bring Baltimore and Essex plus one who hasn’t been revealed yet. The fifth will include London, plus two unknowns.

We also get a few new screenshots showcasing them, alongside those coming with the first DLC which we already knew about, Jean Bart, Dunkerque, and Saint Louis

Speaking of the mobile game, we learn from the official Twitter account that “The Pursuit of Graf Spee” event will be made available permanently in the War Archives on the English-language servers.

The Japanese arm of Yostar also announced a new livestream April 17. We’re likely going to get news on the next major event as usual.