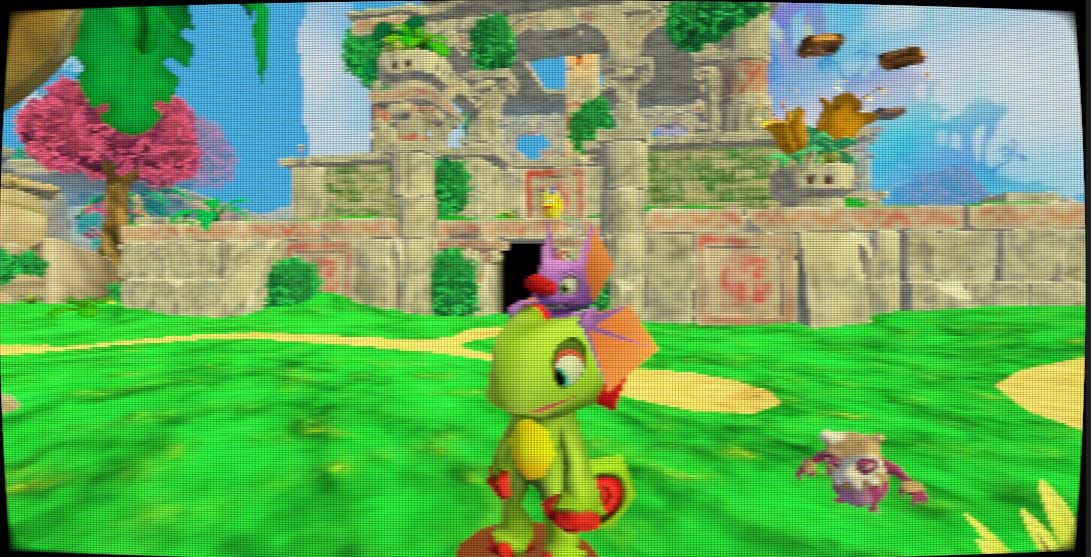 Developer Playtonic Games has some treats in store for owners of Yooka-Layle and Yooka-Laylee Impossible Layer this month. Both games are set to receive content updates in the form of new audio, skins, and difficulty options. There’s even a new discount promotion, too.

A blog post today explains that Impossible Layer will a new feature called “State Change” either heightens the difficulty level for veterans or reduces it for those looking for a more accessible experience.

There’s also a new 8-Bit soundtrack coming for those interested in reliving the nostalgia of yesteryear. It’s been composed by Tater-Tot Tunes and encompasses every 2D level in the game.

For something a little more modern but still wonderfully retro, Yooka-Laylee is receiving the N64 Tonic update that was recently unveiled for Impossible Layer.

And for Switch players who own Yooka-Laylee but not Impossible Layer, from April 9-19, it’s 50% off.

Yooka-Laylee is an open-world platformer created by a collection of developers who had worked on genre classics like Banjo-Kazooie and Donkey Kong Country games. Last year’s sequel The Impossible Layer featured a side-scrolling platform design in a throwback to the genre’s roots. It was critically acclaimed upon release; Twinfinite scored it 4/5.