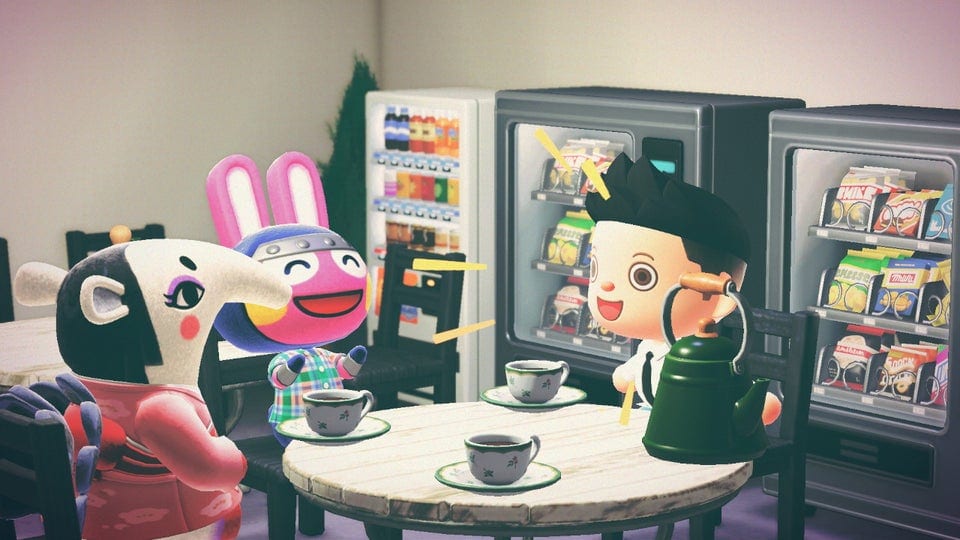 Reddit user u/bunbaoluu has seemingly recreated the Finer Things Club scene from the US version of The Office in Animal Crossing: New Horizons. The Reddit post is accurately titled, “There is no paper, no plastic, and no work talk allowed. (it’s very exclusive),” as you can see below in the post itself:

The Finer Things Club was first mentioned in the episode Branch Wars of The Office and is an exclusive club where members talk about books and art in a civilized way. The club only appeared in one episode (and a deleted scene of another episode) but it made a lasting impression on viewers.

u/bunbaoluu stated in a comment on their Reddit post that they recreated the scene using Phototopia at Harvey’s island (since you can use multiple villagers to take pictures and set up scenes).

Animal Crossing: New Horizons has only been out for a short period of time, but players are already creating amazing things on their islands including Hyrule from A Link to the Past and an obstacle course.

Do you have something really cool and awesome that you made in Animal Crossing: New Horizons? Tweet it at @Twinfinite and let us see some of your wonderful creations!