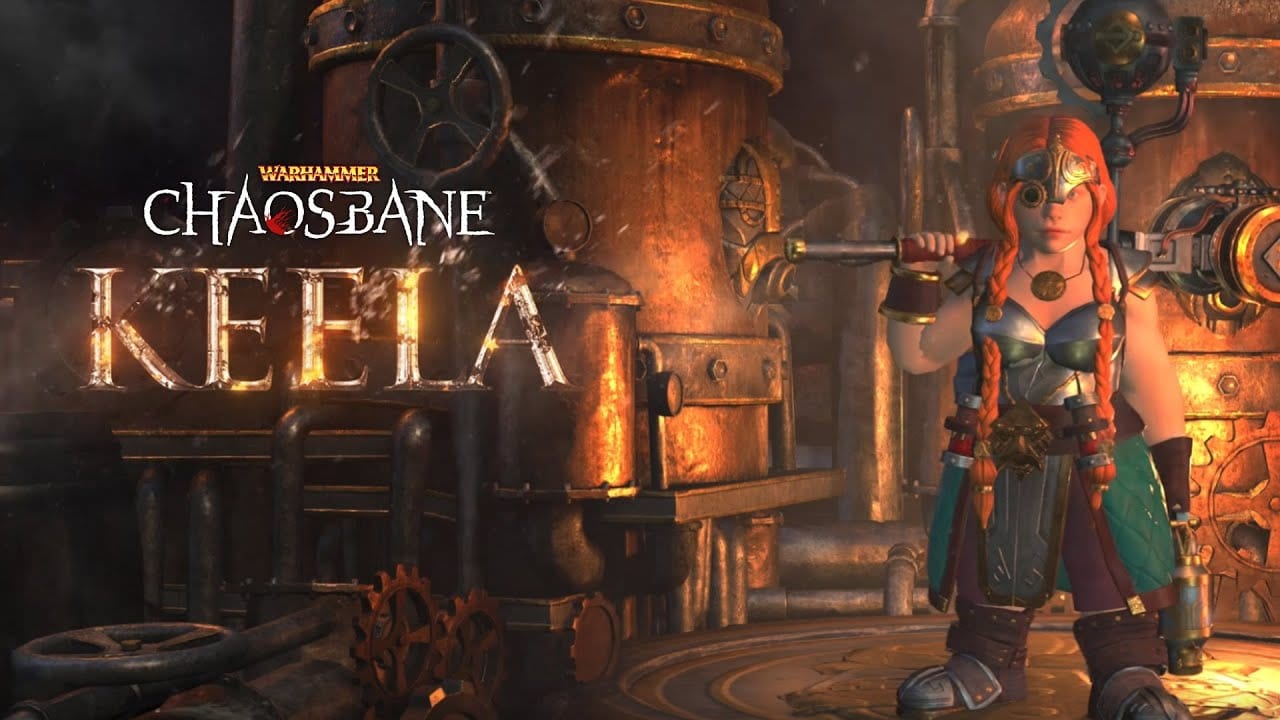 There’s a new free character available for Warhammer: Chaosbane players today. Called Keela, she’s a dwarf engineer whose skills combine engineering, hydraulics, explosives, and alchemy. A trailer published today from Nacon provides a showcase of how she plays and what to expect from her own story-driven mission, which is said to add around two hours of additional playtime.

In terms of her playstyle, in hand-to-hand combat, Keela is said to deal heavy damage with a war hammer of her own design. She’s also capable of inflicting short and medium-range damage with her hand weapons. Players will get the most out of this character by combining her various skills.

As for her story, it’ll take players to a new environment called the Forges, in which they must investigate the events happening around its capital, Nuln. The Gunnery Master of the famous Imperial Gunnery School has put out a call for help: the foundry complex is in the grip of a terrible affliction. The city’s best engineers are trapped inside. Players must break inside the complex to try and save the trapped engineers and defeat the scourge that has beset the Forges.

You can check out the new gameplay preview for Keela below.

If you haven’t yet jumped into Warhammer: Chaosbane and you’re curious about the game, do check out this featurette which provides an overview of its design and development.

Keela is available for all platforms from today, March 10.