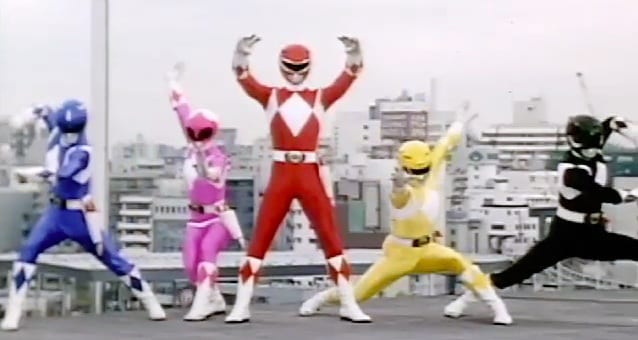 When you hear the word “tokusatsu,” you probably think about Power Rangers and Godzilla (the old movies featuring actors in rubber monster suits, not the recent ones with CG monsters). Well, the world of tokusatsu is far, far bigger, and Shout! Factory is ready to introduce it to American audiences via streaming.

According to IGN, Shout! Factory is teaming up with the free tv streaming service Pluto TV to produce TokuSHOUTsu, America’s first streaming channel devoted to tokusatsu. The service is scheduled to launch tonight at midnight on Pluto TV channel 681.

TokuSHOUTsu will start small, but it will also put its best foot forward. The service will begin by streaming the holy trinity of tokusatsu entertainment: Ultraman, Kamen Rider, and Super Sentai.

For those of you new to the genre, Ultraman is a series about a man who can transform into a giant superhero and combat giant monsters (and is the inspiration for Project G.G.); Kamen Rider is a franchise about a masked insect-themed hero who rides a motorcycle, and Super Sentai is just better known as Power Rangers since they use the same fight scenes and costumes.

While TokuSHOUTsu will air the first Kamen Rider series, the service will apparently start with Ultraman Leo —the seventh entry in the Ultraman franchise— instead of the vanilla Ultraman. As for Super Sentai, it’s anyone’s guess what TokuSHOUTsu will air since the trailer shows the sixteenth and eighteenth seasons, Kyoryu Sentai Zyuranger and Ninja Sentai Kakuranger. While Zyuranger was used primarily to create the first season of Mighty Morphin’ Power Rangers, Saban took bits and pieces of Kakuranger to produce Power Ranger’s third season, including the mini-series Mighty Morphin’ Alien Rangers.

Shout! Factory produces blu-rays and dvds of a variety of movies and shows, from The Wizard and John Carpenter’s Escape From L.A. to The Good Place and My Little Pony: Friendship is Magic. Obviously, Power Rangers and Super Sentai are some of the company’s most popular offerings.

With any luck, TokuSHOUTsu will also start streaming lesser known tokusatsu shows, such as the Japanese live-action Spider-Man series.