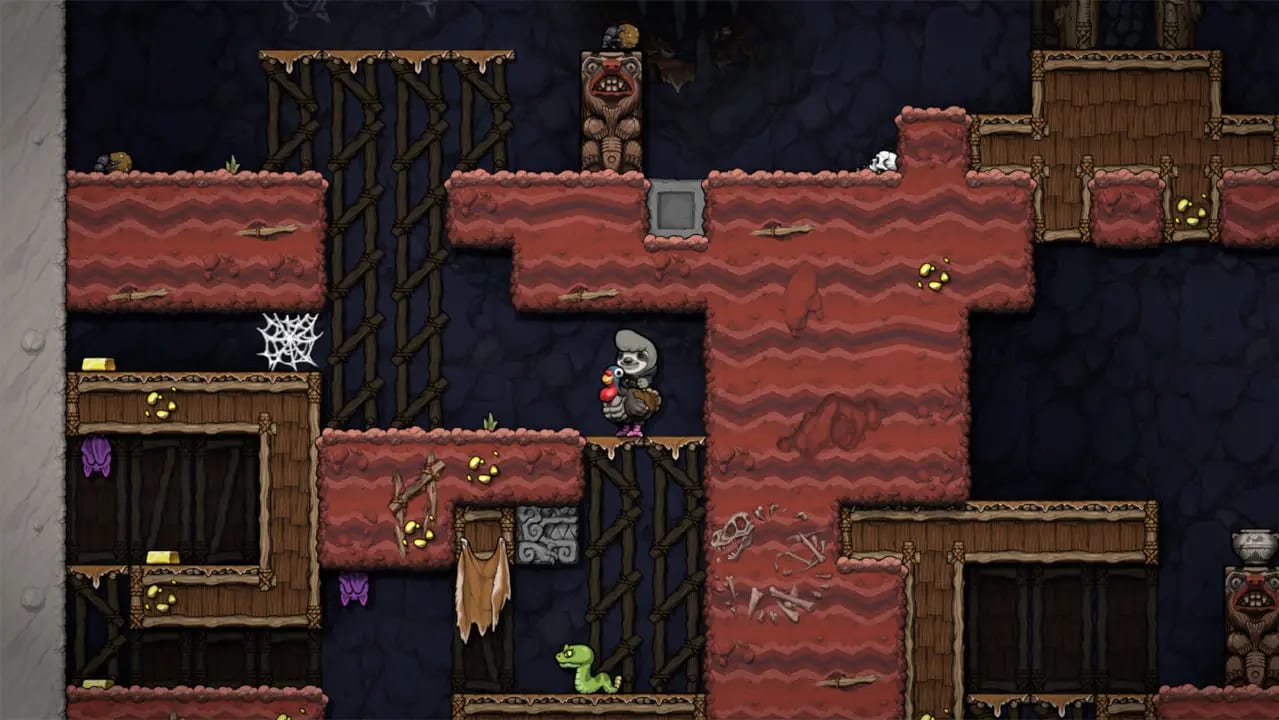 Spelunky 2 developer Derek Yu shared a few new screenshots and more details for the upcoming sequel to the 2008 platform game on the PlayStation Blog today.

Yu first noted that the graphics have been worked on since the last gameplay trailer released in 2018 with a good balance of “crisp” graphics and details that stand out, alongside more vibrant lighting and liquid effects.

Yu also said that each new run in Spelunky 2 should feel like a more “personalized adventure” with new items that maintain the “obvious and non-obvious interactions” each has within the world and new NPCs that can either help or hurt the player. Although, some of the NPCs from the first game will be coming back for the sequel.

The Deathmatch multiplayer mode, an afterthought in the previous title, will also be expanded on, but no other information was given. Yu also touched upon more unique audio depending on the setting and improvements to the journal and menus.

Spelunky 2 still does not have a concrete release date. Announced in 2017 with a scheduled release date of 2019 for PlayStation 4 and PC, Yu announced last August that the game would be delayed to sometime in 2020 due to development concerns.