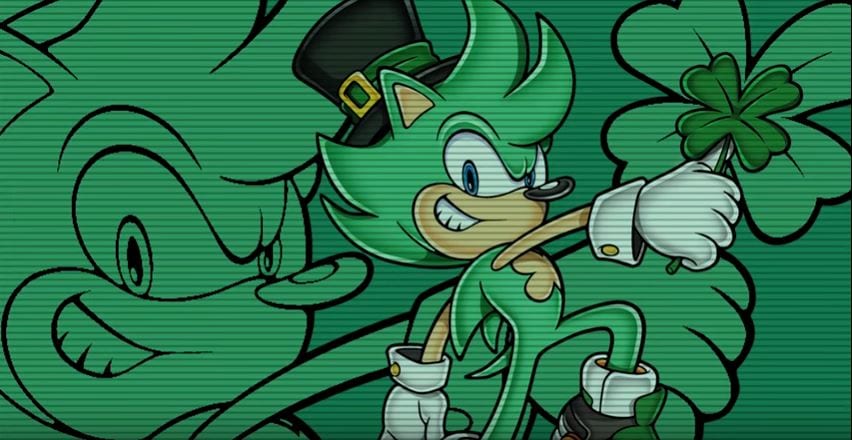 Sonic the Hedgehog gave one of gaming’s greatest content creators a very lucky St. Patrick’s Day, as Sonic Team introduced a new character named Irish the Hedgehog, voiced by none other than the Irishman himself, Jacksepticeye.

The creation of the green happy-go-lucky hedgehog started as an inside joke between Jacksepticeye and Sonic’s official Twitter account last year, when the popular game streamer asked, “Can I voice Irish the Hedgehog?”

“Absolutely,” they replied, adding in parentheses, “(We just need to create him first.)”

Today, one year later, Irish the Hedgehog burst onto the scene with a leprechaun hat and a four-leaf clover in his hand, on his chest and his shoes.

Against the Sonic Adventure backdrop, Irish introduces himself by telling a funny story about how he was trying to meet up with his friends Tilly and Sonk, even bumping into Big the Cat in the process.

His speech was indecipherable at times, but his story was funny nonetheless.

Jacksepticeye thanked Sonic Team for giving birth to Irish the Hedgehog and allowing him to voice the green boy.

The introduction of Irish into the Sonic lore was just as good as a pot of gold Rings at the end of the rainbow.