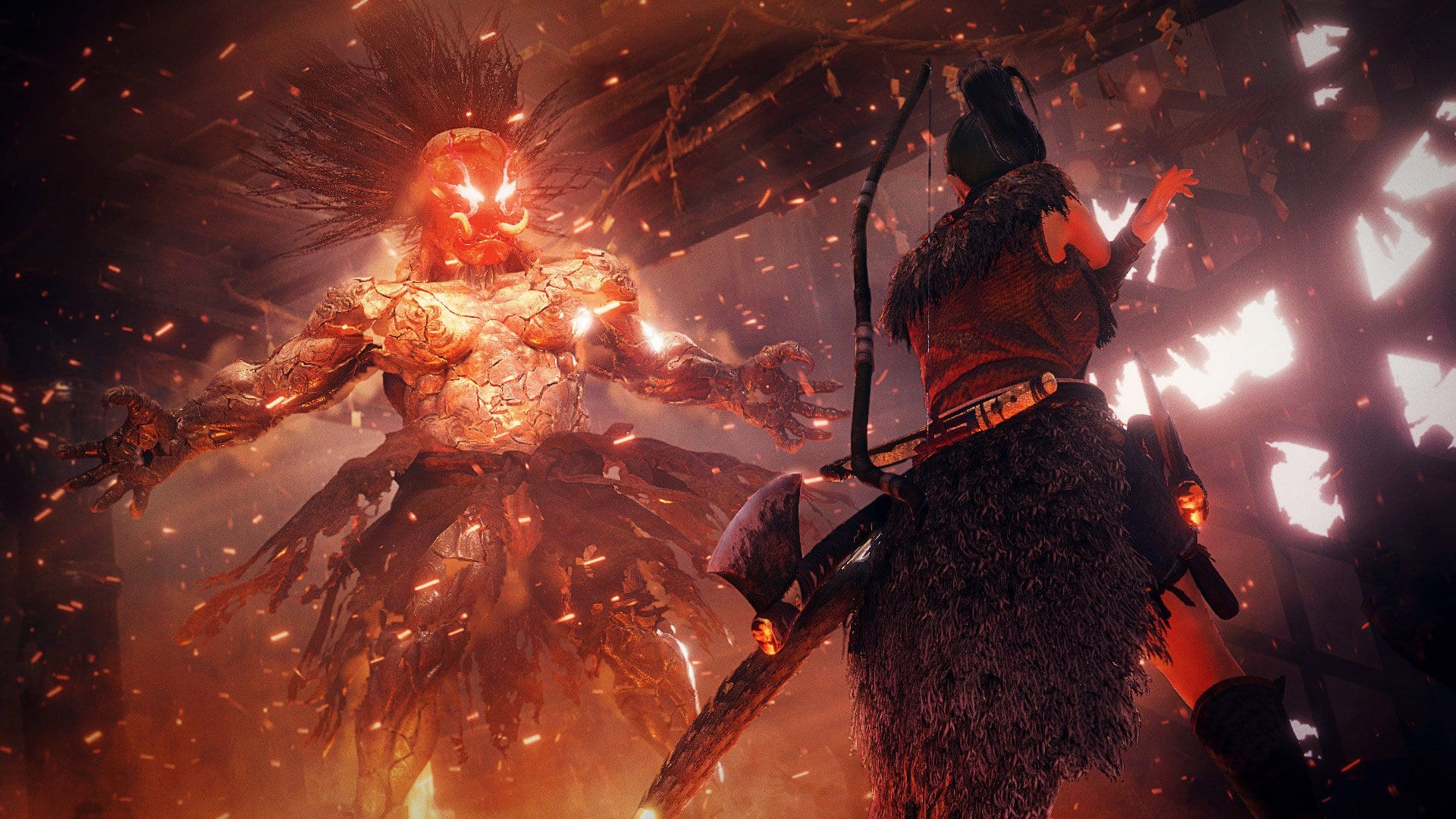 The boss encounters in Nioh 2 can be extremely tough, and require a steady hand and a cool head to overcome. Enenra is the boss of the second Main Mission, The Beast Born of Smoke and Flames. Here is how to beat Enenra in Nioh 2.

How to Beat Enenra in Nioh 2

As you might imagine from the name of the Main Mission, Enenra is a fire Yokai, and thus is weakest to water. If you have access to the Onymo Magic Skill Water Talisman, it can make this fight much easier, but it isn’t completely necessary.

You face Enenra in a large square arena, and immediately you will notice four support beams that are evenly spaced around the corners of the room. If you can bait Enenra into attacking them, the support will break and inflicting massive Ki damage upon him in the process.

Enenra is a dangerous opponent, as he is both quick and powerful, whereas most of the lesser foes you will have faced by this point are either one or the other.

He has a variety of hard-hitting melee combos that can quickly make mince-meat of you, and it is better to dodge them rather than to try and block them.

Be sure to dodge away from his basic three-hit combo (and keep an eye out for the lunging kick he will often follow it up with). While it is possible to get some hits in between, play it safe and only strike Enenra after his two-handed slam attack, as he will be vulnerable while recovering.

If you hang back, Enenra will summon tornados that will home in on you, and inflict damage over time if they connect. This attack is fairly easy to dodge, but if you get caught out of Ki or are backed into a corner it can easily kill you.

If that wasn’t bad enough, Enenra has a teleport attack that will have him appear behind you, and he will often immediately launch into his three-hit combo. You are given ample opportunity to dodge, but the timing can be tricky if you are also trying to dodge hurricanes.

Enenra has an unblockable attack in which he turns into a hurricane and launches himself right at you. You can stop him in his tracks with a perfectly timed Burst Counter, inflicting massive Ki damage in the process. Taking this opportunity wherever possible is key.

The last major trick he has up his sleeve is a flare attack that causes multiple flaming sparks to appear in an area and explode a moment later. He will use this quite often, but thankfully, it is quite easy to avoid, simply back away or dodge horizontally to avoid the danger zone.

Like all boss encounters, Enenra will summon a Yokai Realm at various intervals, causing his attacks to inflict more damage and your own Ki regeneration speed to be drastically reduced. During these moments, it is best to simply focus on defense and survive until everything returns to normal, as the penalty for making a mistake, under those circumstances, is often fatal.

Keep your distance, keep your Ki up, and punish Enenra each time he uses his two-handed slam attack, but make sure not to overextend yourself.

If you can keep the pressure up, and bait him into attacking one of the support beams, it will quickly Drain Enenras own Ki gauge, opening him up to a grapple attack that will inflict massive damage.

Persevere, and victory will be yours. The greatest enemy in any boss encounter in Nioh 2 is your own patience, just keep cool and you will be OK.

That’s everything you need to know on how to beat Enenra in Nioh 2. Be sure to search for Twinfinite for more tips and information on the game, or check out our Nioh 2 guide wiki. Some other guides that might help you include: