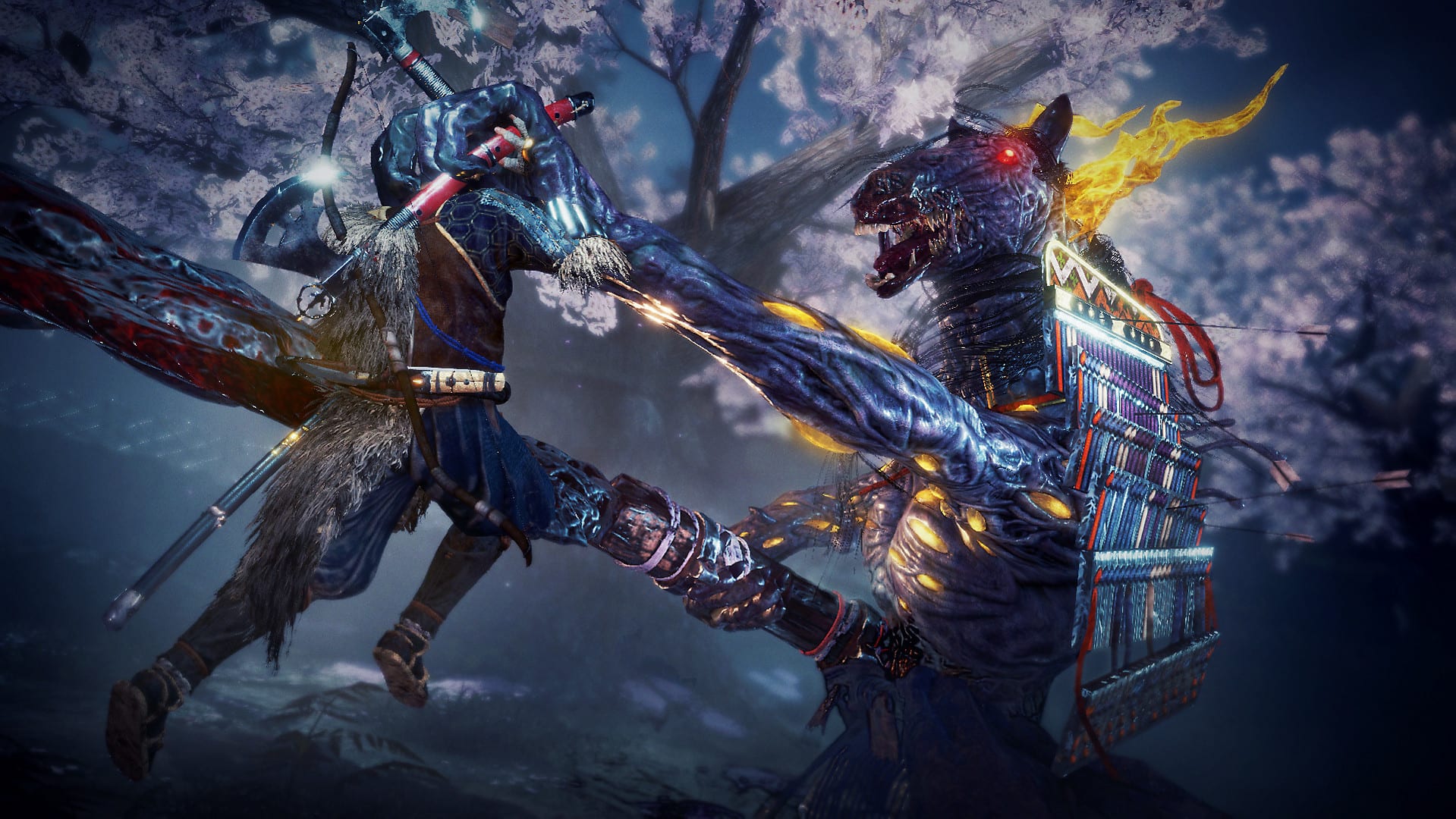 Nioh 2 is a game full of tough boss encounters, and its difficulty is notorious even amongst other Soulslikes. The first real test is the boss of the first Main Mission, The Village of Cursed Blossoms. Here’s how to beat Mezuki in Nioh 2.

How to Beat Mezuki in Nioh 2

A monstrous horse-faced Yokai known as Mezuki is the first real difficulty wall that Nioh 2 throws at you, and can be really tough if you are going into the fight unprepared. Ideally, you want to be at least level 8 for this encounter, but it is certainly possible to overcome at even level 1.

Mezuki is a massive and powerful demon many times your own size, and it wields a giant cleaver with brutal efficacy. Due to Mezuki’s physical stature and the length of the cleaver, the greatest threat here is the distance from which it can attack you.

At really long distances, Mezuki is able to summon homing ghosts to pursue you, attempting to close the distance between you as you attempt to dodge the ghosts. This attack doesn’t do much damage in and of itself, but what it does do is leave you open to other attacks or drain your Ki if you successfully block it.

Mezuki has a couple of close-range attacks that it is essential to be able to recognize, as it is after one in particular that the best opportunity to counterattack is presented.

You are looking for a series of three horizontal strikes, all of which are fairly easy to simply back up from. Each time Mezuki completes this combo, dash in and hit him with few light attacks by using the Square button.

There are a couple of unblockable attacks Mezuki has at its disposal that can end you in short order. The first is a massive overhanded strike that can kill lower-leveled characters instantly.

The second is a charge attack that will come at you in a straight line but gives you plenty of time to react. Mezuki will briefly flash red before each of these attacks, signifying that it can be interrupted with a Burst Counter by pulling R2 + Square at the right moment.

Both the overhand strike and the charge attack are best dodged horizontally if you are low on health, but ideally should be met head-on with a Burst Counter. This will cause massive Ki damage to Mezuki (the bottom bar, beneath its health) and if you deplete it entirely, it will leave it stunned and vulnerable for a few seconds.

The first time you deplete this gauge, Mezuki will summon a Yokai Realm, and it is within that it is at its most deadly. The corruption of the Yokai Realm will cause your Ki to regenerate at a slower pace, and Mezuki will deal increased damage to you.

The goal here is simply to survive until the Yokai Realm ends, as you can very easily find yourself out of Ki and vulnerable if you aren’t careful. Keep your distance and bide your time, and conserve your Ki and use it only to dodge when necessary.

Once it ends, continue to bait the three-hit combo, and land Burst Counters where possible. If you can, circling around and striking Mezuki from behind deals increased damage, so if you are in a position to, do so.

Mezuki has a weakness to fire, but inflicting it so early in the game is mostly relegated to using Gunpowder Bombs, which are sometimes dropped by enemies and can be purchased at the Shrine through use of the Kodama Bazaar.

While this inflicts solid damage, the animation to use a grenade is quite slow, and it can be dangerous to use these items against an opponent that has such a long reach.

Play it safe, wait for the right moment and attack when it is safe to do so, capitalizing when you see that three-hit combo. Keep your distance whenever Mezuki summons a Yokai Realm, and watch for Burst Counter openings. Keep this up, and before long Mezuki will lie at your feet, defeated. But don’t celebrate just yet, things will only get harder from here on out.

That’s everything you need to know on how to beat Mezuki in Nioh 2. Be sure to search for Twinfinite for more tips and information on the game, or check out our Nioh 2 guide wiki. Some other guides that might help you include: