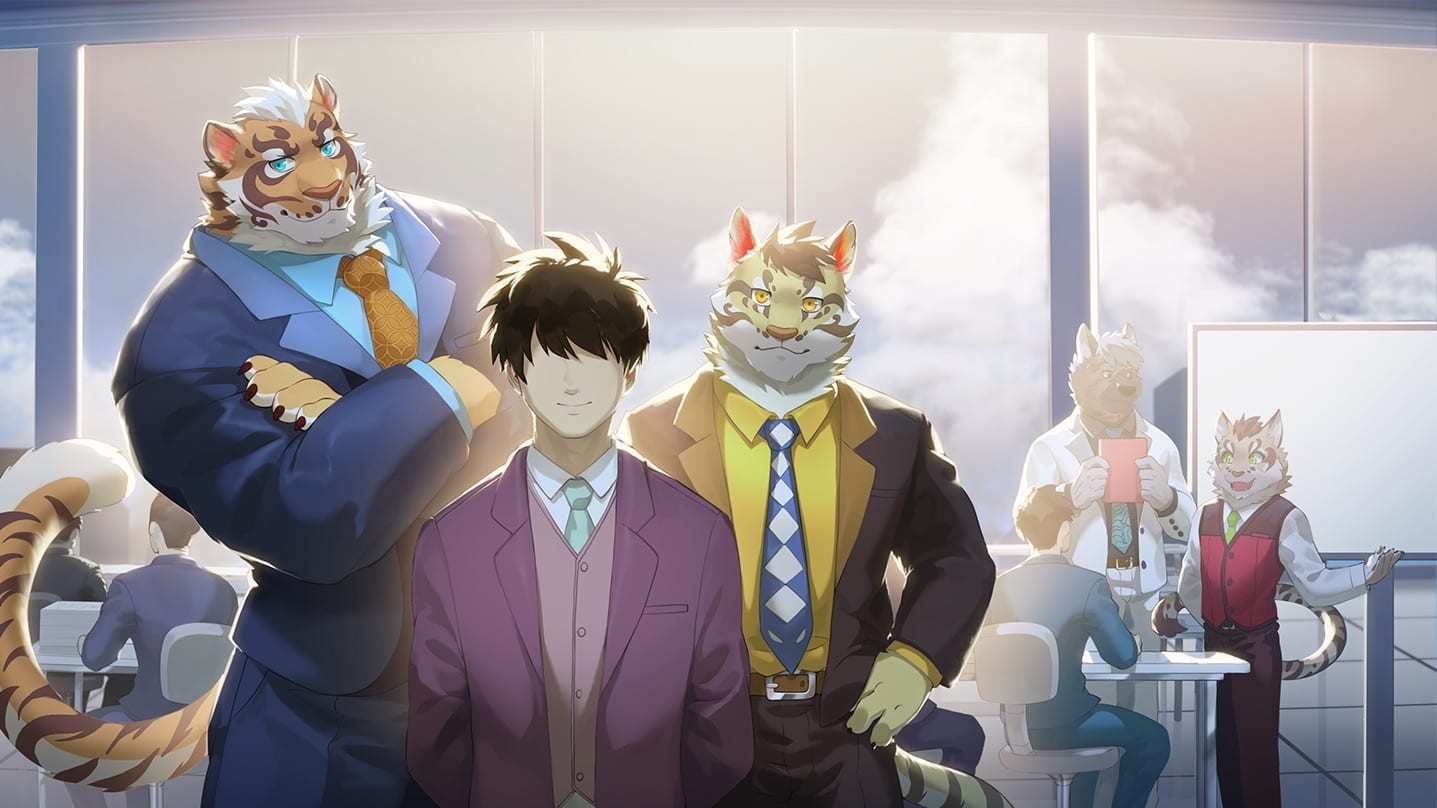 We here at Twinfinite always love to name drop Nekojishi whenever we can. The free-to-play indie gem came out of nowhere when it first released on Steam a few years ago, making our dreams come true by coupling traditional dating sim elements with buff, gay kitties. It also had a theme song that rocks too damned hard for words.

Nekojishi told the tale of college nobody Liao, whose whole life was turned around when he discovered the latent ability to communicate with his ancestral spirits; mythical beings that come in the form of anthropomorphic cats. Like any rational man, once he realized this newfound power, his next big decision was which one he should seduce.

Equally coming out of nowhere, Studio Klondike has dropped a furry bombshell by announcing its long awaited sequel, Nekojishi: Lin & Partners, which will be available on PC, Mac and Nintendo Switch in 2021.

It continues the tale of Liao and his feline guardians, who have fallen on financial hardship since graduating. They resolve to enter the cutthroat world of architecture, encountering a bevy of mystical beasts who all seem to be really keen on the property market.

The action takes place in RPG form this time, allowing you to guide Liao as he explores Taiwan, taking on spirits in real-time debate battles as he builds his empire, one project at a time.

It looks just as quirky as the original title we fell in love with not too long ago, with a fresh new graphical style and an expanded roster of beastly friends and foes. Needless to say, they’re all very sexy and we can’t wait to debate with them.

Nekojishi: Lin & Partners’ Kickstarter is live if you want to contribute, and as always, you can rely on the thirsty Twinfinite team to keep you updated along the way.