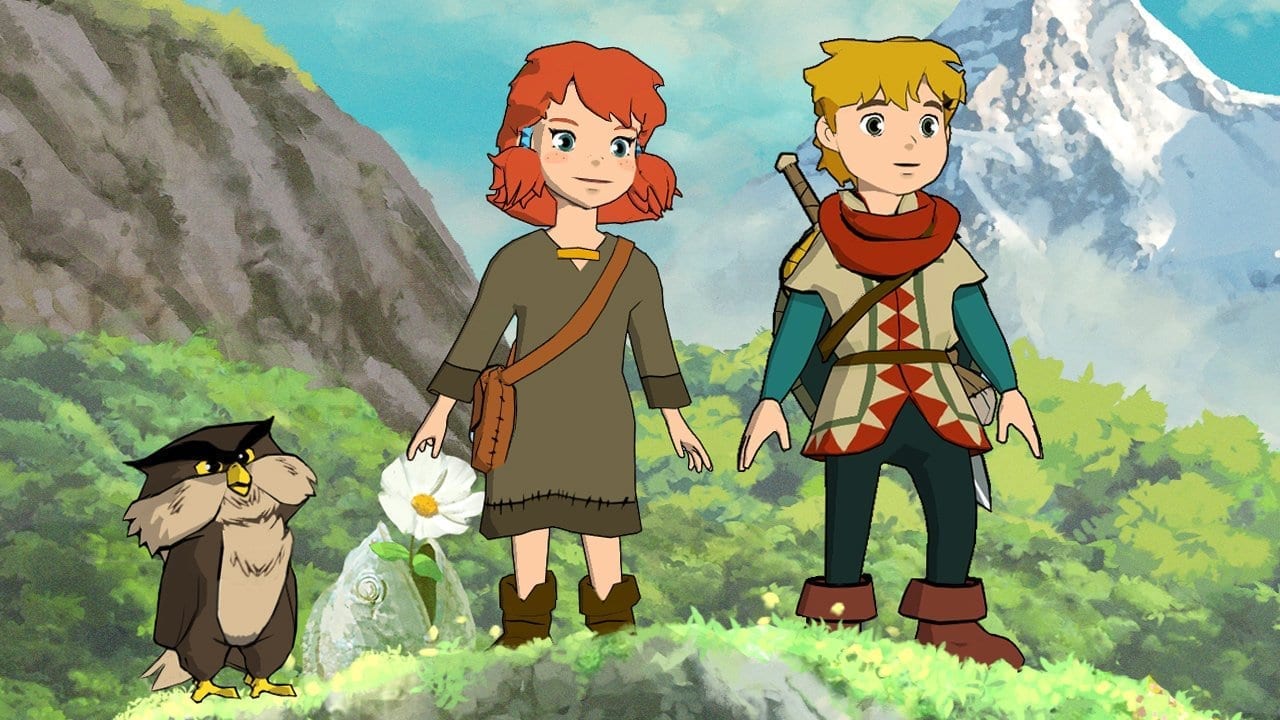 Earlier today we received a new trailer for the latest game from Naps Team in Messina, Italy. We’ve known about Baldo before this Indie World trailer, but this trailer let us get a glimpse of some never before seen gameplay, dungeons and environments.

There were Legend of Zelda-inspired dungeons, weapons and friendly characters all throughout the video, but we have yet to hear any concrete details on how the battle system will work.

We saw the protagonist of Baldo tossing around some pots and pumpkins to solve puzzles. We also got a shot of them slashing away at an enemy’s shield. Dodge rolls also appear to be one of the main ways of avoiding taking damage from enemies.

The UI also appeared briefly in multiple shots throughout the trailer. We saw hearts in the upper right, a mini-map in the lower left and an equipable item in the lower right.

The slot in the lower right seemingly can hold varied types of equipment since different items in different shots.

The Miyazaki-inspired artstyle gives Baldo a striking look. The game’s presentation makes it look like an anime movie from the world-famous animation studio.

Art Director at Naps Team, Fabio Capone, talked spoke briefly about the team’s love of action-adventure RPGs and Japanese Anime in the Indie World presentation. They wanted to mesh the two and that’s where the company came up with Baldo.

Capone continued, “We wanted a game that would be a journey to a magical world full of fantastic characters, complex dungeons to face and puzzles to solve.” We don’t have to wait much longer to jump into Naps Team’s magical world.

You can pick up Baldo for the Nintendo Switch first this Summer. Also, check out the full trailer for Baldo from the Indie World presentation below (the trailer begins at 2:39).