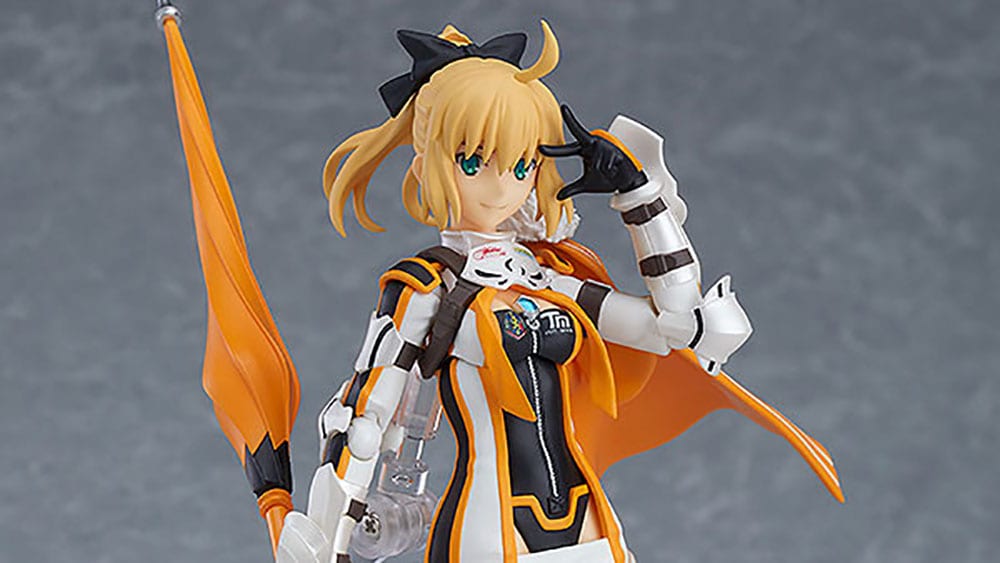 Today Good Smile Company has made a new Figma action figure from the Fate series available for pre-orders, and it portrays Altria Pendragon.

Yet, this is not your usual Altria Pendragon, but a version designed for the Good Smile Racing brand, including a race queen-themed costumes and accessories.

Incidentally, If you’re wondering what a Figma is, it’s a series of posable figures by the Tokyo-based manufacturer. They have become so popular that many use the term as a catch-all for Japanese action figures.

Below you can read an official description, including the accessories that come with the figure.

“The King of Knights, guiding the team towards victory on the circuit.

The smooth yet posable Figma joints allow you to recreate dynamic action scenes from the series.

She comes with three face plates including a confident face, a bright smiling face and a closed-eyes smiling face.

She comes with a racing parasol, a removable cape and a checkered flag as optional parts.

If you’d rather read about upcoming Fate games, I guess there’s a cooking game coming to Nintendo Switch.

You can check out a few pictures below.