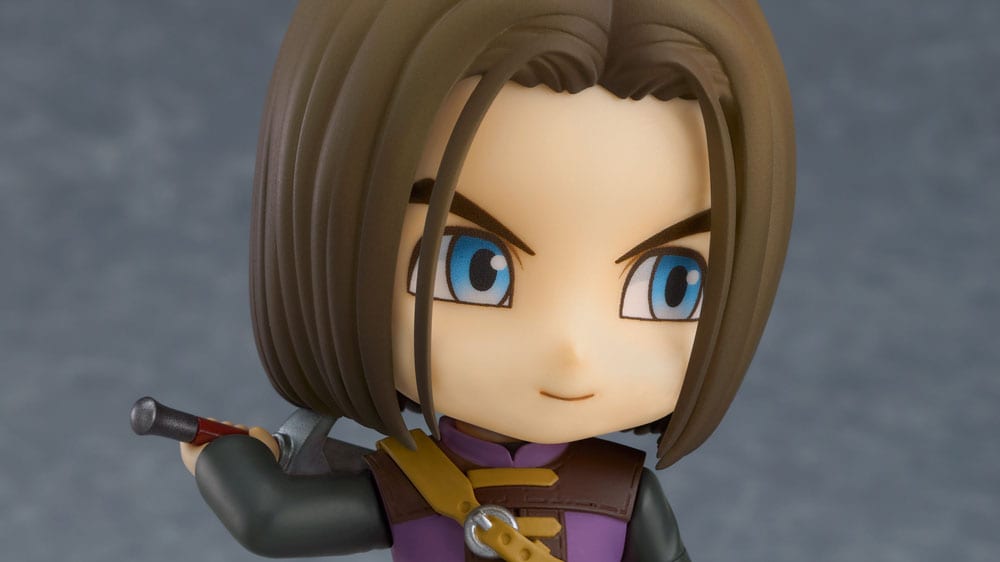 Today Good Smile Company made another gaming-related Nendoroid action figure available for pre-order, and it’s the Luminary from Dragon Quest XI: Echoes of an Elusive Age.

You can pre-order him on the Tokyo-based manufacturer’s online shop for 6,600 yen, which roughly translates into $64

The release window is September 2020, and as usual, it comes with a nice set of accessories.

From DRAGON QUEST XI comes a Nendoroid of The Luminary!

From the latest game in the DRAGON QUEST series, “DRAGON QUESTR XI: Echoes of an Elusive Age”, comes a Nendoroid of The Luminary! Two
interchangeable face plates are included–a standard expression and a smiling expression.

The Cobblestone Sword, a sheathed version of the Cobblestone Sword that can be displayed on the Nendoroid’s back, the Sword of Light and
Erdwin’s Shield are included as optional equipment parts along with a miniature figure of a Slime from the game. An effect part to display
The Luminary swinging his sword is also included. Enjoy recreating scenes from the game in Nendoroid form!

If you’re interested in Dragon Quest XI, you can read our review.